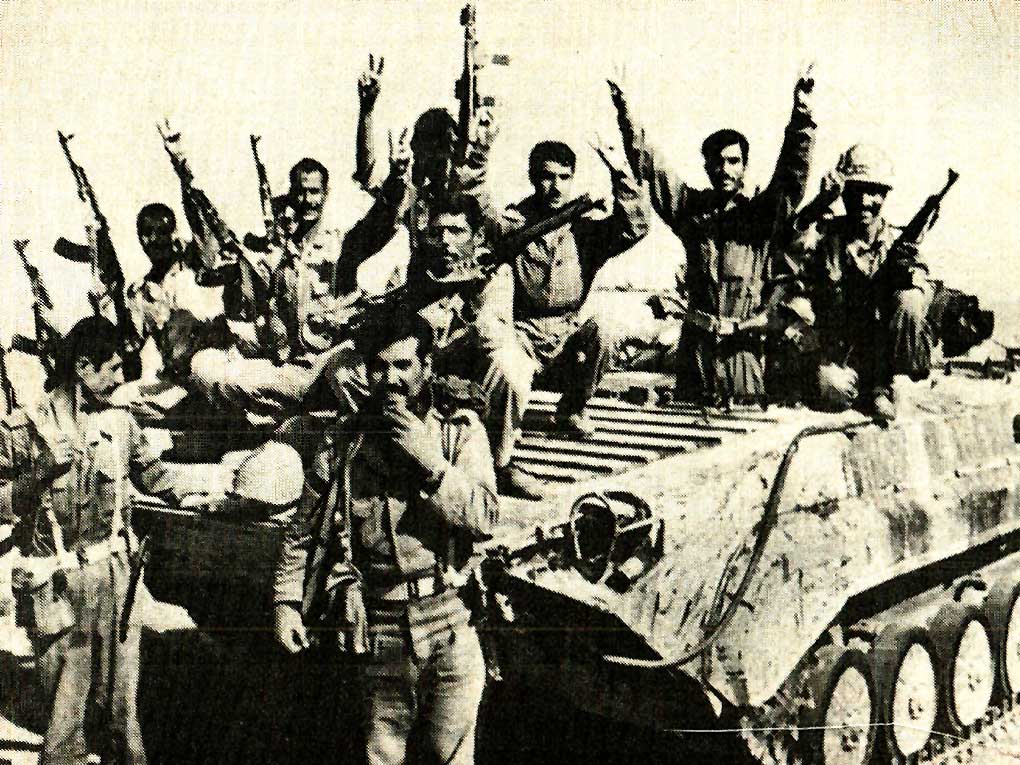 Iran-Iraq War: Iraqis on the march, Iranians still wondering what to do with the hostages.

October 23, 1980 – Double Digit Inflation And Dismal News For The White House – The Iran-Iraq War: Meanwhile, Back In Khorramshahr. . .

Iran-Iraq War:Iraqis on the march, Iranians still wondering what to do with the hostages.

Starting with the Presidential election and the race, the rhetoric and the banter back and forth between President Carter and hopefuls Reagan and Anderson. The economic news wasn’t rosy – with the Labor Department reporting that consumer prices rose a full percentage point in September, largely because of higher food prices, which meant the country was still suffering from double digit inflation. It was the last government report before the election and it wasn’t good news for President Carter. Reagan was preparing for a TV blitz, while Anderson was in New York, where he attended a Liberal Party Dinner the night before, persuading members who were calling for votes to go to Carter to stay in his corner and keep fighting.

And from Moscow this day, came news that the Soviets had a new Premier. Nikolai Tikhonov had succeeded Alexei Kosygin, who was stepping down, due to illness.

And an explosion at an elementary school in Spain sent the entire country into mourning this day. 48 children and 3 adults died when an explosion tore through a school in Northern Spain. The cause was reported to be a spark from a plumbers torch ignited gas escaping from a deposit tank. Many children were killed instantly, but others died while buried under rubble. It was the third recent disaster involving school children in Spain – two years earlier, during Christmas time, 28 children were killed when a train smashed into their school bus. And the following Easter Week, another 44 students died when their bus ran off the road during a holiday excursion.

And that’s a small slice of what went on, this October 23rd, 1980 – as reported by The CBS World News Roundup.