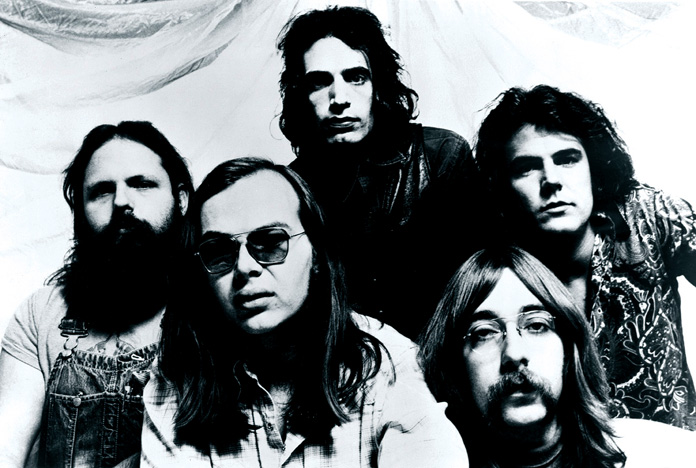 During these strange and COVID times, and no stimulus: Become a Patron!

A dose of Americana this weekend and nod to the homefolks with this early 70s in-studio radio concert from the legendary Steely Dan, as broadcast over equally legendary (and sadly gone) L.A. FM rock station KMET,  on March 20, 1974.

This is actually a milestone gig, as it was part of a promotion ABC-Dunhill Records did in connection with the release of Countdown To Ecstasy, and the string of hits that album spawned. The energy is pretty high and the renditions are pretty fresh, which is what happens when you have new material that hasn’t been played or listened-to to death yet.

Pretzel Logic was recorded at The Village Recorder in West Los Angeles. It was produced by Gary Katz and written primarily by Walter Becker and bandleader Donald Fagen, who also sang and played keyboard. The album marked the beginning of Becker and Fagen’s roles as Steely Dan’s principal members. They enlisted prominent Los Angeles-based studio musicians to record Pretzel Logic, but used them only for occasional overdubs,except for drums, where founding drummer Jim Hodder was reduced to a backing singer, replaced by Jim Gordon and Jeff Porcaro on the drum kit for all of the songs on the album. Steely Dan’s Jeff “Skunk” Baxter played pedal steel guitar and hand drums.

The cover photo featuring a New York pretzel vendor was taken by Raeanne Rubenstein, a photographer of musicians and Hollywood celebrities. She shot the photo on the west side of Fifth Avenue and 79th Street, just above the 79th Street Transverse (the road through Central Park), at the park entrance called “Miners’ Gate”.

So this is a historic gig by a band who were very influential on the American music scene in the early 70s. They have since graduated on to Elder Statesmen Status (Fagan and Becker) and are still very much a presence whether they are physically here or not (Walter, in this case, not).

But in 1974 it was a different ballgame. They were on the road to being household names.