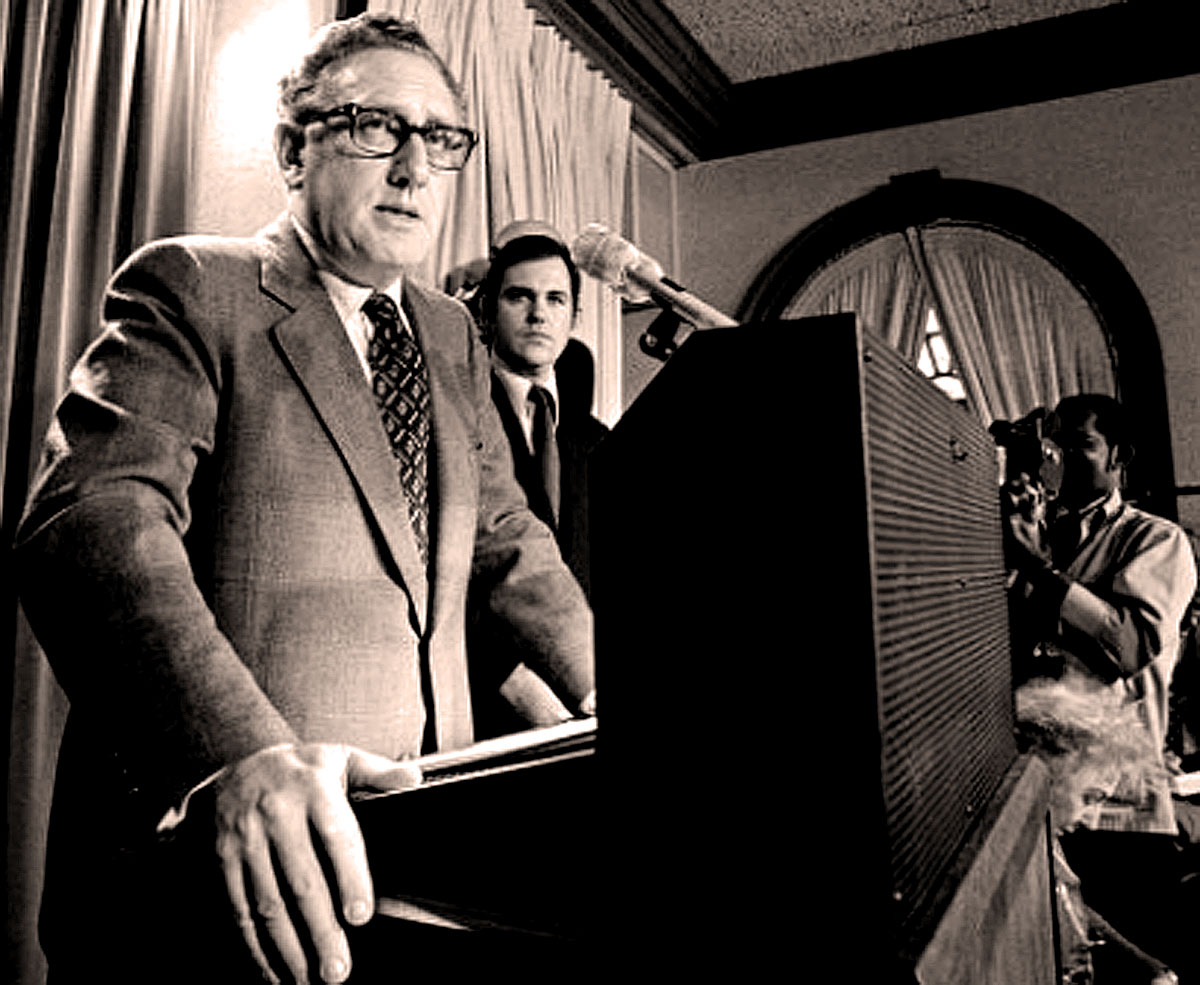 October 26, 1972. A surprise announcement that an end to the War in Vietnam was a real possibility. Amid rumors and reports of diplomatic movements, National Security Adviser Henry Kissinger finally held a news conference and announced that yes, peace was indeed at hand.

The wave of elation that this decades-old war was finally coming to an end also brought with it a feeling that this was so close to the Presidential election that the timing seemed suspicious.

Dubbed “The October Surprise” – and a phrase which has come to mean just about any 11th hour “miracle” in politics, Kissinger and the members of the North Vietnamese negotiating team had finally arrived at common ground – that certain concessions were arrived at and that, barring any last minute snags, all would be accomplished within a matter of months.

But saying that a peaceful settlement to the war was on the horizon and actually ending the war itself were two different things. There was the withdrawal of American forces, and the South Vietnamese Army would gradually take more of a role in the fighting. And there would be potential breakdowns in talks at just about any point. That it was breathlessly announced by Kissinger made it all the more suspicious that this was a political move on Nixon’s part, to ensure re-election, come November.

And truths to tell – the talks did break down in December – and the bombing of North Vietnam continued and it wasn’t until January of 1973 that an agreement had finally been hammered out between Kissinger and North Vietnam’s Le Duc Tho. It didn’t end the war – and in fact, the war would drag on until 1975 when the last American forces withdrew and the North Vietnamese swept into Saigon.

But on this day in 1972 it was viewed as a start, something that was failed at repeatedly since the 1960s.