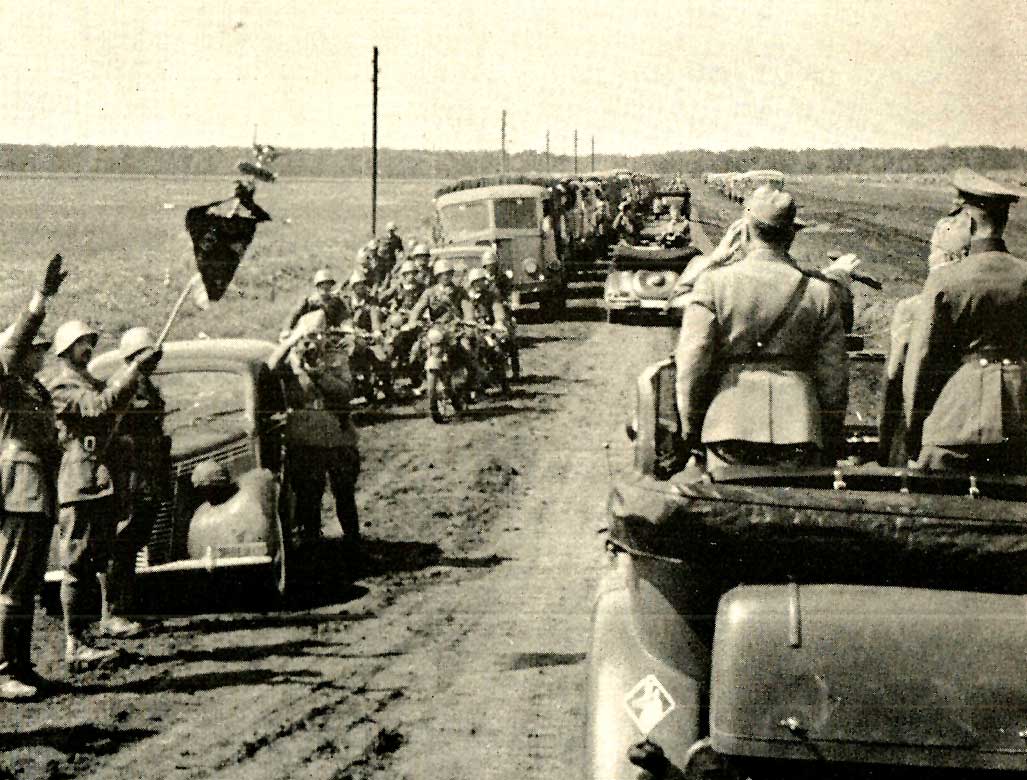 All eyes were geared towards Moscow and Spring.

All eyes were geared towards Moscow and Spring.

News for this October 26th in 1941 was about the War in Europe and ominous reports coming from the Eastern Front. The German Army was slowly advancing into Southern Russia, with an objective believed to be the Caucasus, and beyond that, the Middle East. Many observers were speculating that, by the coming Spring, the German Armies could be successful in pushing the Russians as far East as the Caspian Sea and as far south as the foothills of the Caucasian Mountains.

Hitler’s forces had invaded the Soviet Union in June, and early on it had become one relentless push inside Russian territory. The first setback came in August, when the Red Army’s tanks drove the Germans back from the Yelnya salient. Hitler confided to General Bock at the time: “Had I known they had as many tanks as that, I’d have thought twice before invading.” But there was no turning back for Hitler—he believed he was destined to succeed where others had failed, and capture Moscow.

And so eyes were on the British buildup in the Middle-East, with an increase in troop strength to what was estimated at some 3/4 of a million troops and a steady stream of supplies coming into the region.

Meanwhile, back in the U.S. – labor troubles. The United Mine Workers were on strike, preventing some 53,000 workers from returning to the so-called “captive mines”, the following morning. UMW leader John L. Lewis refused an appeal from President Roosevelt to keep the mines open and asked a bigger question over production delays caused by labor disputes, and many in Washington were anticipating the President to take a drastic step based on the situation with the war in Europe. It was feared the strike would have larger implications in the loss of much needed steel, which it was estimated, there was only a 2-3 week supply on hand. A prolonged strike would seriously interfere with the Defense program. A showdown was predicted soon.

All this – and a lot more for this half-hour wrap-up of news around the world, and the hotspots, on this October 26, 1941 as presented by The News Of The World.