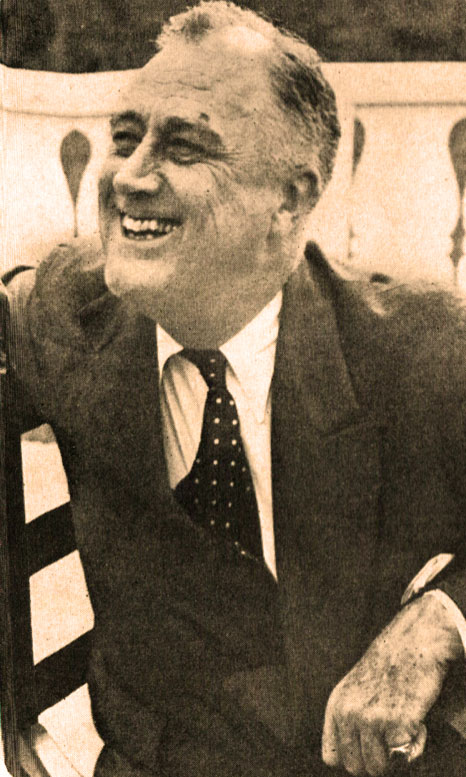 FDR- 1936 - cutting through the fuzz-buzz of technical talk.

FDR – 1936 – cutting through the fuzz-buzz of technical talk.

November 2nd in 1936 was the last day before the Presidential election that year. As a “final word”, President Roosevelt, along with Postmaster General James Farley and New York Senator Robert Wagner, addressed the nation via that relatively recent mass-media device; radio.

The end of a hard fought campaign, FDR summed up the Presidential race on a philosophical note:

FDR: “For a century and a half we have had here a free education, free Press, free public forums and a free pulpit. For more than a decade we have had a free radio. The American citizen of 1936 therefore, is a product of free institutions. His mind has been sharpened by the exercise of freedom. That is why I have no fear, either of the threats of demagogues or the ambitions of dictators. Neither can get far or long thrive among a people who have learned to the think for themselves, and who have the courage to act as they think. This year they have thought things through to a point where the eternal simplicities mean more than the fuzz-buzz of technical talk.”

FDR: “However large or small our part is, we can all feel with Theodore Roosevelt who said many years ago; ‘It is not the critic who counts, not the man who points out how the strong man stumbled, or where the doer or deeds could have done them better. The credit belongs to the man who is actually in the arena, whose face is marred by dust and sweat and blood, who strives valiantly, who errs and comes short again and again, who knows the great enthusiasm, the great devotion and spends himself in a worthy cause. Who at the best, knows in the end the triumphs of high achievement. And who, at the worst, if he fails, at least fails while daring greatly. So that his place shall never be with those cold and timid souls who know neither defeat or victory’.”

Here is that entire address, along with addresses by James Farley and Senator Wagner, as given on the evening of November 2, 1936.