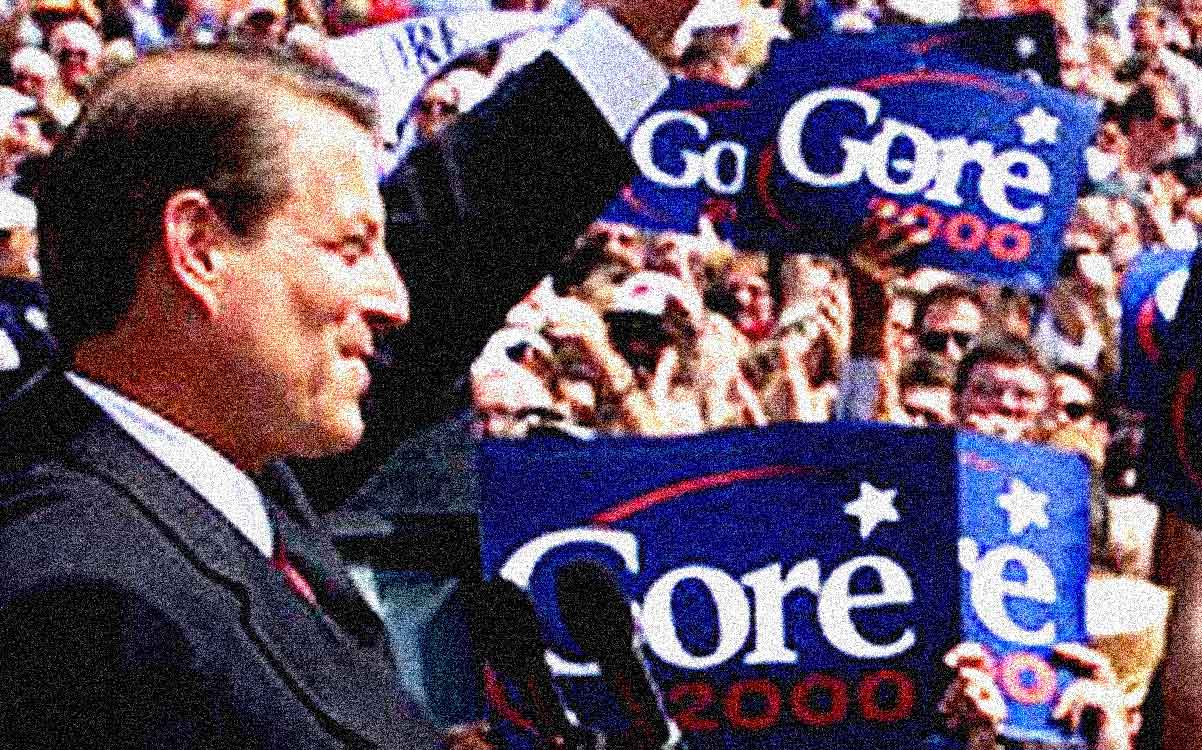 November 2, 2000 – it was coming down to the wire; the Bush-Gore election campaigns of 2000. Last minute sweeps throughout the country, hoarse pleas for votes – it was going to be a tight race and both camps were confident of victory, come Tuesday. But there was still a lot of ground to cover, a lot of charges and counter-charges to make – a lot of promises to offer. Neither side was losing any opportunity to present their case. Gore addressed a rally in Chicago to an overflow crowd in Daly Plaza. Even with Illinois solidly in the Gore column, they weren’t taking any chances, just five days before the election. The Bush Camp was also busy campaigning in Illinois, hoping to dislodge Gore’s projected lead. Vice-Presidential nominee Dick Cheney also joined Bush on this swing through Illinois, focusing on Health reform and the Gore plan for Prescription dugs for Seniors.

In other news – the crash of Singapore Airlines flight 006 was now the subject of focus on the wrong-runway theory; that the pilot, under reduced visibility, had mistaken the runway under construction for the runway to takeoff from. Investigators were still sifting wreckage of the doomed flight, where some 85 passengers were now listed as dead. As the investigation continued, more evidence was being uncovered that it was, in fact pilot error that caused the plane to attempt an abort on takeoff after hitting heavy construction equipment, skidding off the runway at a reported 145 miles per hour.

And in the Middle East – a car bomb is detonated in East Jerusalem, shattering hopes for a ceasefire. A radical group Islamic Jihad was taking responsibility for the bombing, which killed 2 Jews and injured 11. The car bomb, containing 22 pounds of explosives blew up outside Jerusalem‘s Open air market, just an hour after a new ceasefire was supposed to take effect.

And that was a small slice of what went on, this November 2, 2000 as reported by the CBS World News Roundup: Late Edition