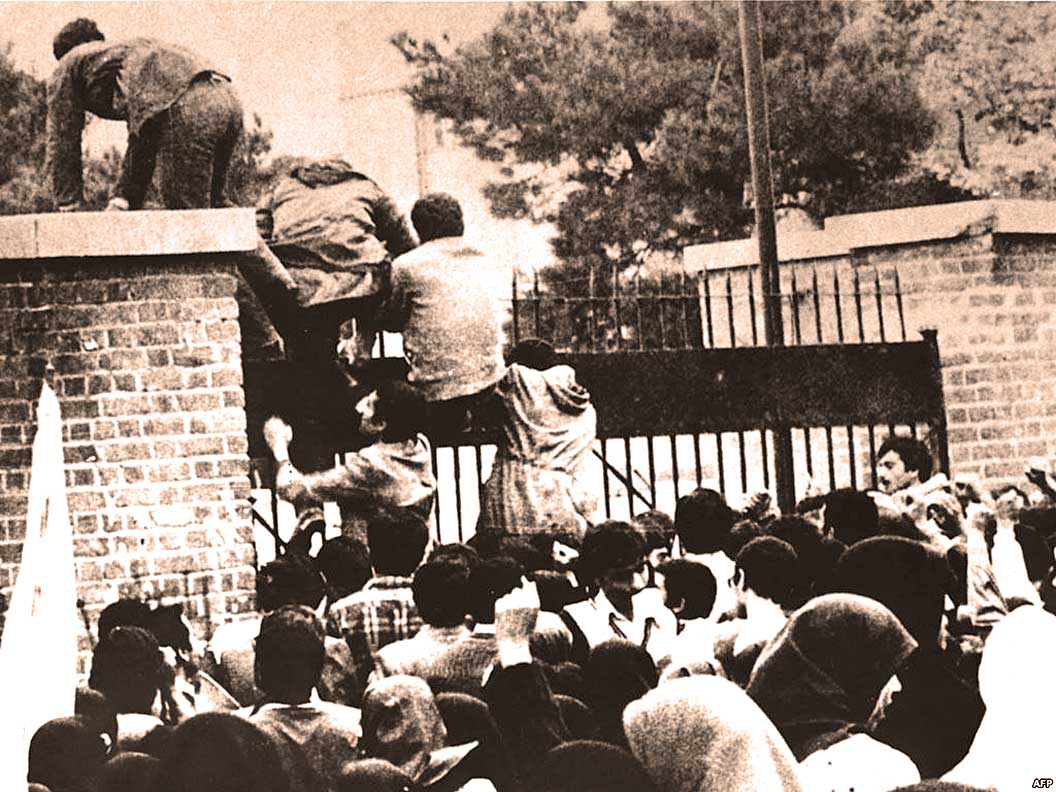 November 5, 1979 – The View From Tehran: Taking An Embassy Or Two. A Hostage Drama Unfolds.

News for this November 5th in 1979 was about the worsening situation between Washington and Tehran – all over demands of the Ayatollah Khomeini government to return the Shah to Tehran from New York, where he was undergoing Cancer treatment. The State Department refused to extradite the Shah and crowds stormed the U.S. Embassy in Tehran, taking hostages – as well we storming the British Embassy and American Embassies in other Iranian cities. The Embassy was overrun with purported Students, with the tacit approval of the Khomeini government.

After Shah Pahlavi was overthrown, he was admitted to the U.S. for cancer treatment. Iran demanded his return in order to stand trial for crimes that he was accused of committing during his reign. Specifically, he was accused of committing crimes against Iranian citizens with the help of his secret police. Iran’s demands were rejected by the United States, and Iran saw the decision to grant him asylum as American complicity in those atrocities. The Americans saw the hostage-taking as an egregious violation of the principles of international law, such as the Vienna Convention, which granted diplomats immunity from arrest and made diplomatic compounds inviolable.

As reports came in of some 60 Embassy employees now held hostage, and the British embassy under attack for reportedly sheltering former Prime Minister Shapour Bakhtiar, the question arose whether or not the U.S. would evacuate the remaining U.S. nationals living in Iran or not. As of the moment, the State Department said there was no consideration being made of a military intervention to rescue the hostages, instead pursuing a diplomatic solution to the problem.

But the problem was, the U.S. was busy negotiating with the interim government of Mehdi Bazargan, who were being pressured by supporters of the Ayatollah to resign. There was a rift between the Bazargan government and the Khomeni supporters and the split had deepened, ever since an Algiers meeting earlier with U.S. National Security Adviser Brzynski. In essence, we were barking up the wrong tree.

The result was a sense of frustration that the U.S. was unable to protect American citizens in Tehran, and relations between the U.S. and Iran were going to get much worse.

All that, and a lot more for this whirlwind day in November, 1979 as presented by CBS Radio’s Hourly news reports.