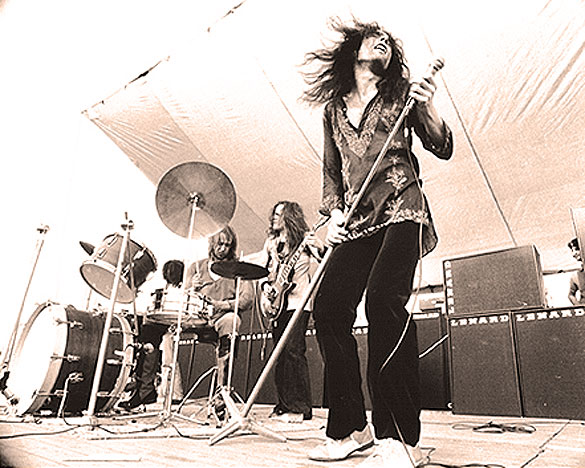 We’re here because of your support: Become a Patron!

It’s always something of a mixed blessing to run across a concert by a band who were well known, but very little existing of them recorded in concert under decent conditions. In this case, it’s a good sounding concert but the band in question was on the verge of breaking up.

Free were one of those quintessential rock bands of the late 1960s. Having given the music world All Right Now, which has been on the list of essential songs defining an era for a few decades and has most likely given them a lease-with-option on immortality based on that, if they never recorded anything else.

But they weren’t really around all that long. Having gotten together in 1968, the band went through a first breakup in 1971. Reforming in 1972, with several personnel changes and recording Heartbreaker, a very underrated and overlooked album during that year. Breaking up for good in 1973, with vocalist Paul Rodgers going off to co-found the iconic hard-rock band Bad Company.

So this weekend’s concert finds Free right at the dropping off point. Recorded, presumably on October 14, 1972 during what would be their last tour, it’s got some bumpy bits – particularly the opening song which was written and performed by John “Rabbit” Bundrick and . . . well . . .straining in parts. The rest of the concert is wisely given over to Rodgers, who has always had one of the most distinctive and expressive voices in Rock. And it’s Rodgers who holds it all together as the rest of band more or less “phones it in”.

The end-result is a bitter-sweet experience, but historic nonetheless.

Compounding the situation was the original recording being off-speed, and spending several hours hunched over a tuning fork and a pitch corrector to give Paul Rodgers the rich Tenor he had, rather than the droopy Bass he was sounding like.

For art you can always suffer. But I have fond memories of this band, so it’s worth it.