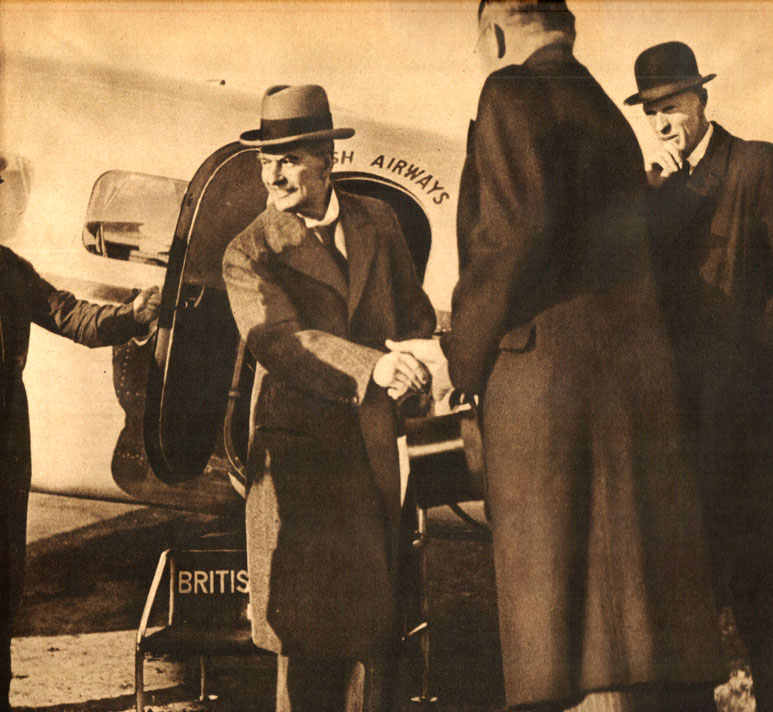 November 9, 1938 – Neville Chamberlain And The Munich Crisis – Staving Off The Inevitable

Neville Chamberlain – Dodging the bullet – for a little while.

The Munich Agreement was soon followed by the First Vienna Award on 2 November 1938, separating largely Hungarian inhabited territories in southern Slovakia and southern Subcarpathian Rus’ from Czechoslovakia while Poland also annexed territories from Czechoslovakia in the North. In March 1939, the First Slovak Republic was proclaimed, and shortly by the creation of the Protectorate of Bohemia and Moravia Germany took full control of the remaining Czech parts. As a result, Czechoslovakia had disappeared.