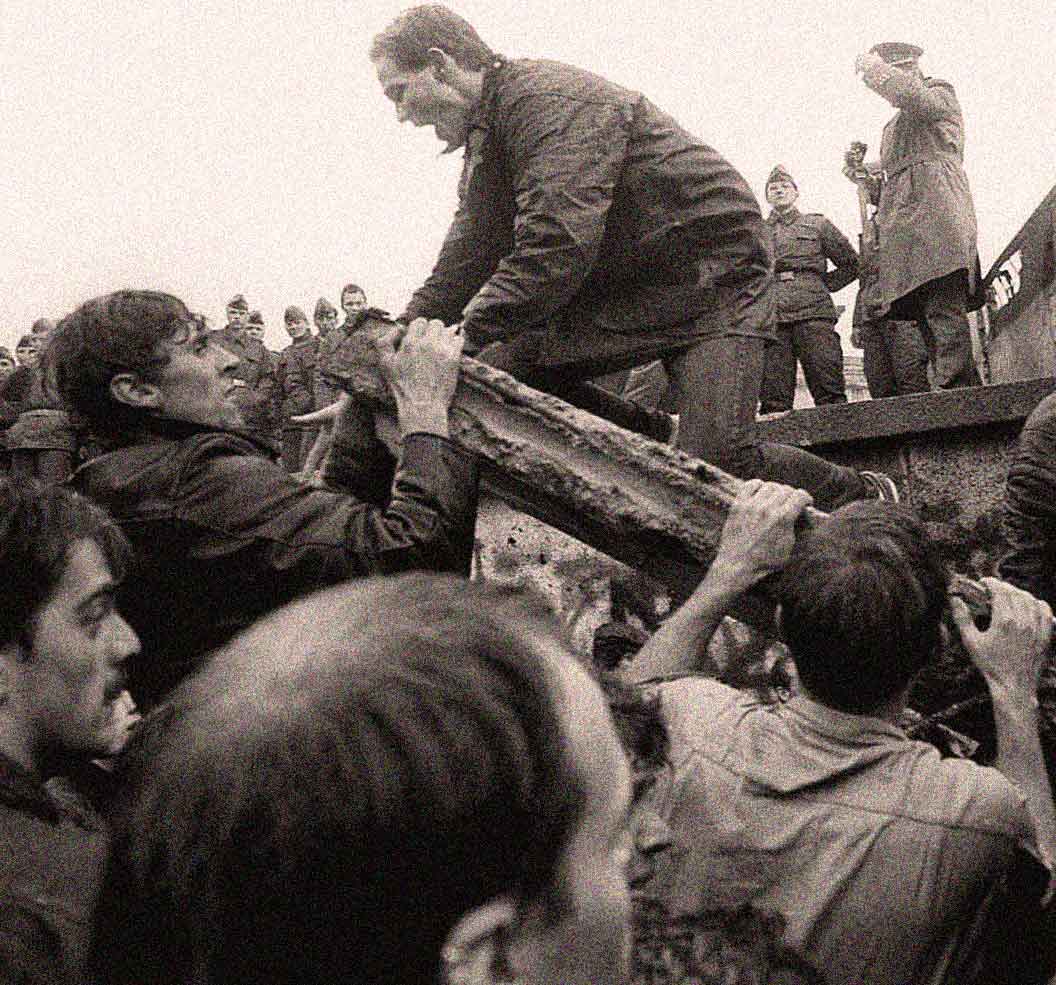 On November 10th 1989, the world looked on with amazement at what started off as a set of half-measure reforms quickly blossomed into a movement and a wave of protest and then spiraled into dramatic, irrevocable change.

The lines dividing East and West Germany were rapidly eroding. Despite cautions from pundits, the movement towards reunification of Germany was a very real possibility. Coupled with the events taking place in other parts of the East European bloc; mass resignations and similar protests, the entire face of Eastern Europe was going through a metamorphosis.

The fall of the Berlin Wall was a pivotal event in world history which marked the falling of the Iron Curtain and the start of the fall of communism in Eastern and Central Europe. The fall of the inner German border took place shortly afterwards.

At a Politburo meeting on 7 November it was decided to enact a portion of the draft travel regulations addressing permanent emigration immediately. Initially, the Politburo planned to create a special border crossing near Schirnding specifically for this emigration.[16] The Interior and Stasi bureaucrats charged with crafting the new text, however, concluded this was not feasible, and crafted a new text relating to both emigration and temporary travel. It stipulated that East German citizens could apply for permission to travel abroad without having to meet the previous requirements for those trips. To ease the difficulties, the Politburo led by Krenz decided on 9 November to allow refugees to exit directly through crossing points between East Germany and West Germany, including between East and West Berlin. Later the same day, the ministerial administration modified the proposal to include private, round-trip, travel. The new regulations were to take effect the next day.

An end to the Cold War was declared at the Malta Summit three weeks later, and the reunification of Germany took place in October the following year.

And it became the media event of the 80s, and we were watching it unfold live on TV and listening to reports on Radio – the whole thing took on a circus atmosphere, with crowds milling around the Brandenburg Gate and Checkpoint Charlie, going after the wall with picks and shovels, chipping away amid cheers and bottles of champagne and East German police watching and smiling, and all prompting President Bush to remark we were living in “fascinating times”.

Pretty amazing events, and they all happened on this November 10th in 1989 as reported (almost as fast as the events were unfolding) by CBS Radio News.