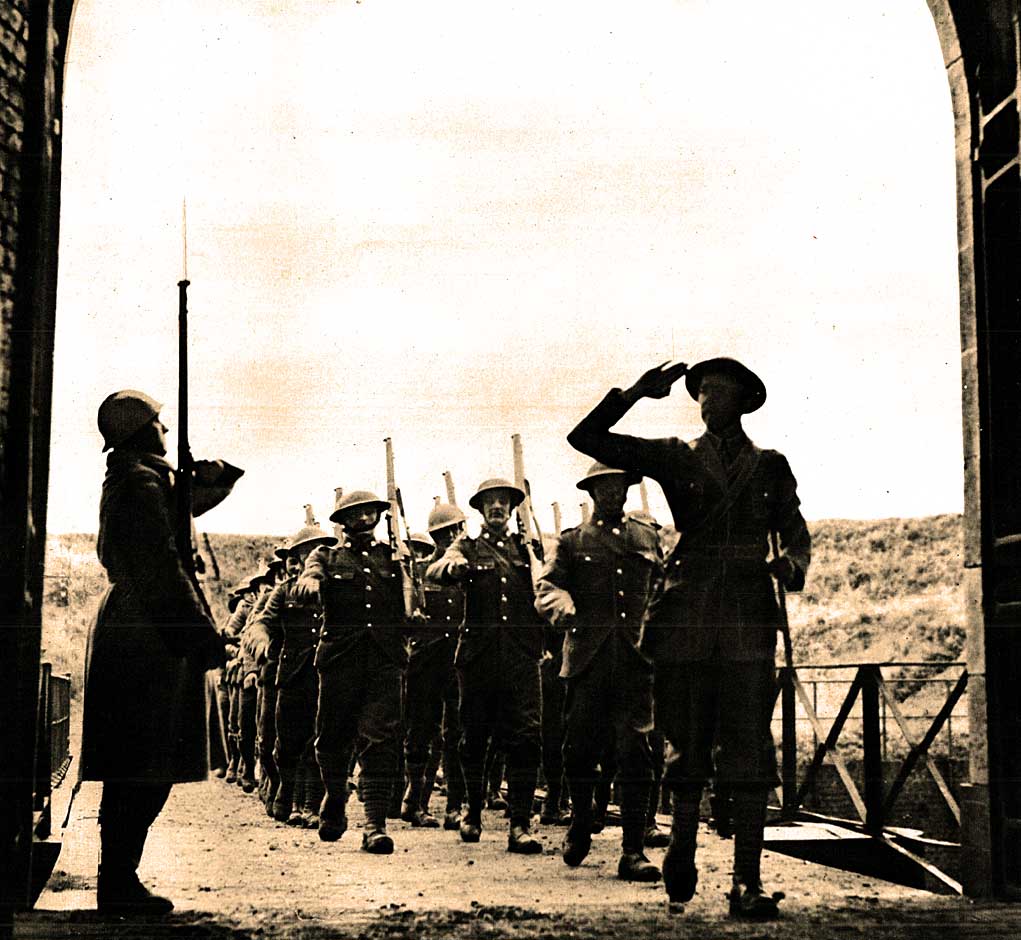 The irony: And only twenty-one years earlier it was to be the War To End All Wars.

The irony: And only twenty-one years earlier it was to be the War To End All Wars.

No doubt the irony was more than a little pronounced, but this radio report didn’t mention anything about that. This report, from American correspondent Arthur Manne from the front “somewhere in France” described the goings-on, some four months into the new war. With British troops stationed in France, and reports of sporadic fighting, it seemed odd that a mere 21 years earlier, the world was celebrating the end of World War 1 – the War To End All Wars. One of the most devastating and costly conflicts in human memory. How quickly they all forgot.

With the French army guarding The Maginot Line and the German Army guarding The Siegfried Line – the set-up seemed almost identical to the war which ended 21 years earlier. The prospects of returning to a protracted odyssey of trench warfare seemed sickening at best.

Although the Germans were pioneering a new style of warfare with the Blitzkrieg, many wondered if the intricate and vast series of tunnels, trenches and underground stores of troops and equipment weren’t obsolete before they even came into use. It was still a matter of speculation, since the actual practice was still a ways off. For the moment, the war was confined to brief skirmishes and air battles and attacks on shipping.

But all of that would change soon enough.

And strangely, nobody mentioned it was Armistice Day or Veterans Day, that November 11th.

As with all irony, they quickly forgot.

Here is that shortwave report, as given by Arthur Mann over the facilities of the BBC in London on November 11, 1939.