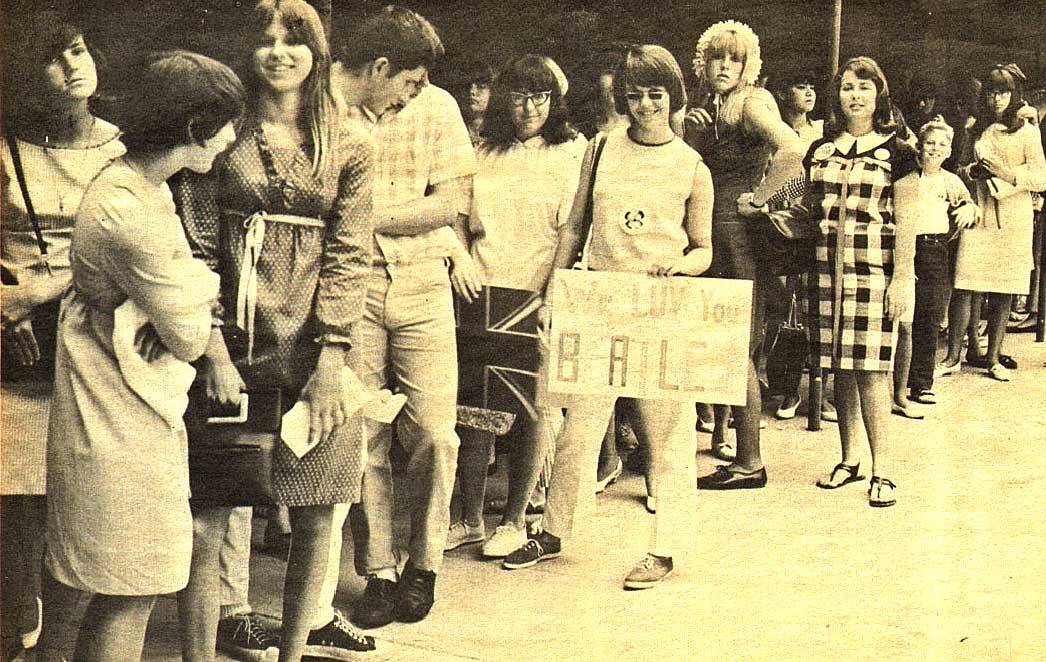 If you’ve ever wanted to hear a slice of an average day of Top-40 radio in Los Angeles during those halcyon days of Rock, all things British Invasion and Motown, this may be your chance.

It comes with a caveat though – this tape, like so many during those days, was recorded by a unknown teenager, sitting at home, listening to the radio on what was a typical Saturday night for many – only this one was Saturday Night October 16th, 1965. 50 years ago to the day. The sound is typical of the period – a microphone, probably one that came with the tape recorder, is perched in front of the speaker of a transistor radio. Not good sound from the get-go, not made a whole lot better by one of those microphones used to record birthday parties or drunken sing-alongs around the holidays. So the sound is a bit crude – in fact, in places a lot crude.

But here’s the thing – this is what it sounded like to a lot of people at the time. It was AM radio, not FM – and most car radios didn’t have FM – most radios in general didn’t have FM. FM was the domain of the high-end Stereo owner, who had little or no interest in rock n’ roll – not for a few years anyway. And this is what you heard.

Muffled, tinny, distant and thoroughly evocative of a place and time, if you were there – and offers a lot of insight if you weren’t. The fact that it exists at all is something of a miracle because, most teenagers at the time grew bored quickly and since tape was easily erasable, most of these tapes got wiped shortly after they were recorded. This one managed to keep its 90 minutes from October 16th in 1965 in tact.

It also speaks volumes about the breadth and depth of what radio was playing 55 years ago; the kind of music and the mix that was so much a part of Youth Culture at the time. Whether you liked everything or not, you got an education in what was going on in Pop music. Something that’s not shared with commercial radio now – that fear of losing an audience is more important than having the opportunity of turning them on to the new and interesting.

So this is what it sounded like – adding crude, scratchy and low-fi to the experience, along with commercials for places which were important at the time, but no longer exist today – life in Los Angeles and the dawning of Youth Culture. Also on the tape are periodic newscasts – the news of the day; news of anti-war protests broken up by Hell’s Angels during a time when the Vietnam War was still popular, but growing less-so. All elements that were part of October 16th in 1965.

So with all those caveats in mind, here’s a bit of time traveling to dive into for the weekend. Enjoy and see how many songs you recognize.