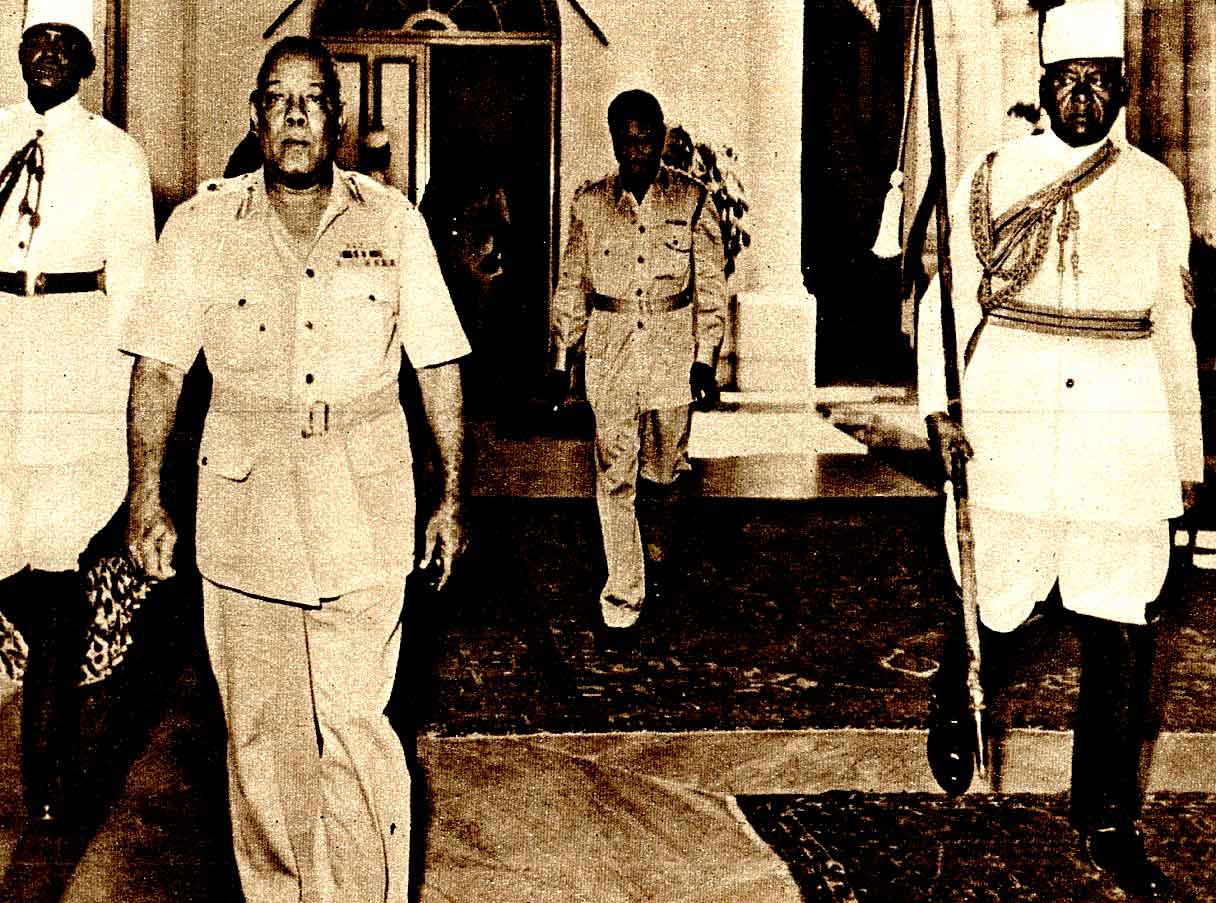 Gen. Abboud - leader of a military coup in Sudan. Promised it wasn't a forever thing.

Gen. Abboud – leader of a military coup in Sudan. Promised it wasn’t a forever thing.

November 17, 1958 – Cold War tensions topped the news on this day. Russian planes were accused of attacking U.S. planes twice in a single day, which prompted a flurry of complaints lodged against Moscow by the U.S. State Department and a formal complaint lodged with the Kremlin. The note, delivered the previous week, but only made public on this day, strongly implied that, if the Russians insisted on shooting, American pilots were instructed to shoot back if such dangerous tactics persisted. The incident took place over the Baltic sea as a U.S. was shot at twice by Russian MIG’s on November 7th. The note went on to add that, three hours later, a pair of Soviet fighters made a similar attack on an American plane over the Sea of Japan, but did not shoot. The State Department termed both actions provocative and labeled them dangerous and offensive and they went to give the U.S. commanders instructions to “take any appropriate defensive action deemed necessary”. The directive did not rule out firing back on the Soviet attackers. Soviet Ambassadors claimed to have no knowledge of the incidents or the repercussions and refused to comment on them.

Meanwhile, in Geneva; a Russian proposal for two separate treaties banning nuclear tests and policing such bans was greeted with skepticism by Western representatives. At the Conference on Preventing Surprise attacks, Western diplomats complained that Russia was out of bounds in proposing a treaty forbidding nuclear bombers from flying over other countries and the high seas. Senator Albert Gore (D-Tenn.), just back from the Conference, urged President Eisenhower to seize the initiative, by ordering a three-year suspension of all above-the-ground nuclear tests in the U.S. – Gore added that, at the end of the three period, the U.S. could then come forward with a treaty to make the ban permanent. Gore contended that such a move could call Russia’s bluff, while giving the U.S. a position of leadership. Gore declined to give Eisenhower’s reaction to the proposal.

In other news – a bloodless coup took place in Sudan on this day with the Military, led by General Abboud, assuming the reigns of power in this recently independent country. The move was considered, at least by the State Department, as strictly an internal affair, and was not going to change Sudan’s relations with Washington – on the contrary, it was felt the move may have more positive than negative repercussions. However, the coup replaced a West-leaning government with a pro-Arab Nationalist one and received the enthusiastic support of the country’s top Muslim leaders. Latest word was all Americans currently living in Sudan were reported as safe.

And the unusual weather was topic of much conversation on this day. Storms in record proportions for this time of year had hit the West and Southwest, with snow and cold being the predominant factor – Blizzard warnings issued from West Texas to the Dakotas, with snow expected to accumulate to some 20 inches in some areas, notably Oklahoma, Nebraska, Kansas and South Dakota, with high winds bringing deep drifting. Schools were already closed in West Kansas and temperatures have dropped to near zero, even in parts of Arizona. The worst was expected to come the following day.

And that’s just a little of what went on for this November 17 in 1958, as reported by WJR Radio in Detroit and their Afternoon News.