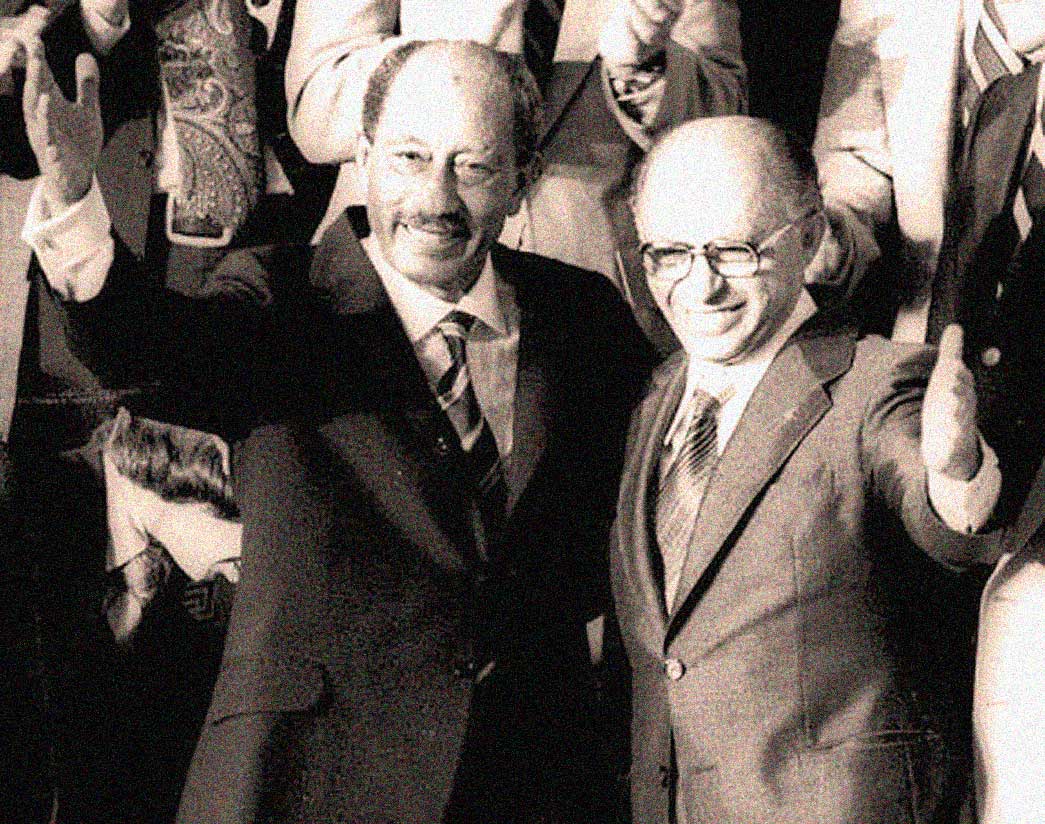 Sadat in Israel: And in the midst of the celebrations, a plot was forming.

Anwar Sadat and Menachm Begin: And in the midst of the celebrations, a plot was forming.

Few realized it at the time, but the historic moment unfolding on this November 19th in 1977 was also a signal for the end of Egyptian President Anwar Sadat.

In a bold move, some thought foolhardy in retrospect, after years of negotiations concluding with the Camp David Accords, a peace settlement had been reached between age-old adversaries Egypt and Israel. As a token of faith and a sign of goodwill, Egyptian President Anwar Sadat staged a historic trip to Israel, meeting Prime Minister Begin on his home turf and exchanging greetings with, among others, former Prime Minister Golda Meir. Sadat addressed the Israeli Knesset and pledged further cooperation with Israel in establishing a lasting peace in the region. His arrival was greeted by thousands of Israelis.

The trouble was, Sadat managed to inflame passions with the rest of his Arab neighbors, who sought reprisals. But the move for a lasting peace was applauded by the Israelis as well as the U.S. and the cause of bringing peace to the region outweighed whatever misgivings the Arab world had. It was at least a start and a courageous move to end what had been a state of perpetual war since 1947. Thirty years later, a glimmer of hope was on the horizon.

And for their efforts, both Sadat and Israeli Prime Minister Menachem Begin were awarded the 1978 Nobel Peace Prize.

The historic event was captured by just about every Press outlet in the world, as it became a defining moment in the long and difficult road of peace in the Middle East.

Here is a recap of the day’s activities, as presented by CBS News in a Special Report entitled “Sadat In Israel”, broadcast on November 19, 1977.