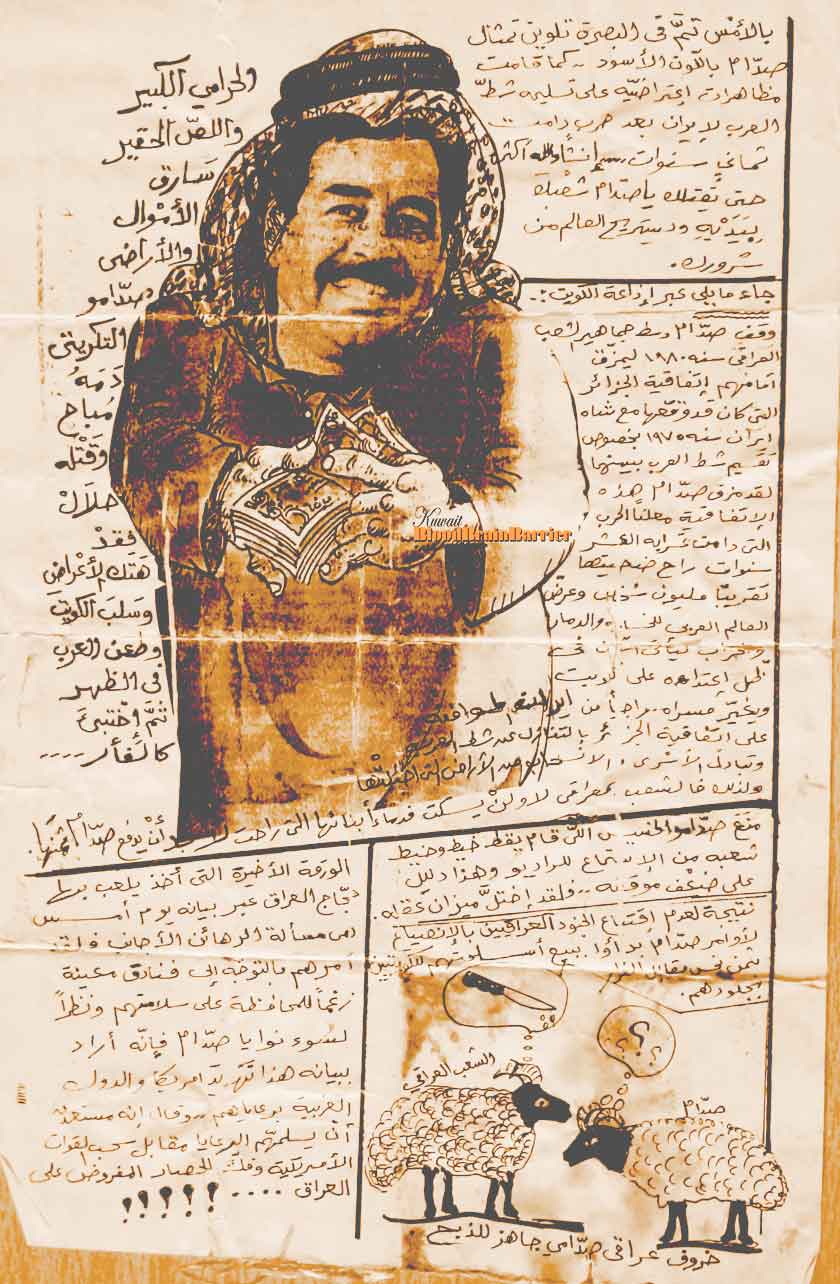 Eyes for the moment on Lebanon. Meanwhile . . .these kept popping up on Kuwaiti street corners.

Eyes for the moment on Lebanon. Meanwhile . . .these kept popping up on Kuwaiti street corners.

While the saber-rattling continued to ramp up in the Middle East over Iraq and its invasion of Kuwait, this November 25th in 1990, there was more going on in other areas of the region.  An incident on the Egyptian-Israeli border, where a border guard was arrested on suspicion of firing shots into Israel, killing four civilians on an Israeli bus and injuring two dozen others.

And in the Israeli Security Zone in southern Lebanon, a woman suicide bomber attacked an Israeli patrol, injuring two soldiers, detonating a bomb hidden under her clothing as the patrol passed by. Despite Lebanon claims that several Israeli soldiers were killed in the attrack, Tel-Aviv dismissed the reports as false. Another incident off the coast of Southern Lebanon involving an Israeli Patrol boat intercepting another boat carrying suspected terrorists reported five terrorists killed trying to land ashore.

Over at the United Nations, the Security Council was getting ready to take up a resolution asking for Military force to be used against Iraq in its occupation of Kuwait. The U.S. was trying to change the wording of the resolution to remove the word “force” but rather include the phrase “by any means necessary”. Meanwhile, U.S. forces were busy in Saudi Arabia, gearing up for an anticipated invasion. The War of Words continued.

In South Korea, riots erupted over government crack-downs on human rights and suppression of popular movements for democracy. Dissident students, along with farmers and workers, fighting pitch battles with riot police in Seoul and other cities throughout South Korea.

And British elections were gearing up, with Prime Minister Margaret Thatcher stepping down and hands-on favorite John Major gaining in the polls.

All that, and so much more for this November 25th in 1990 as reported by ABC Radio News on the Hour.