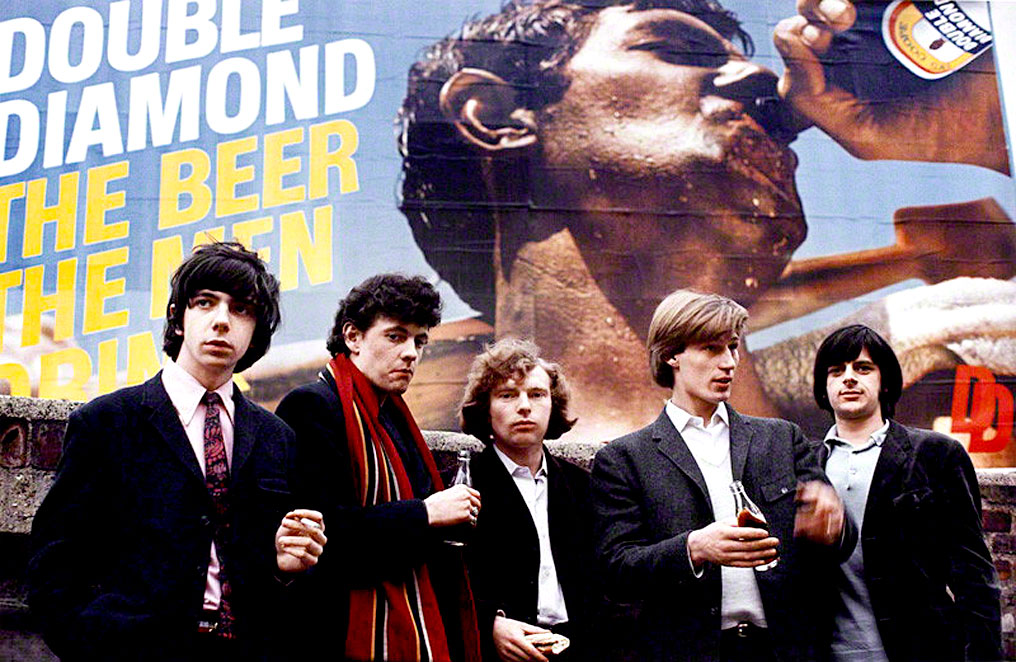 Them – On Saturday Club -1964 – Past Daily Holiday Soundbooth

The inimitable Van Morrison tonight, by way of his British Invasion tenure with Them, in session for the BBC program Saturday Club, recorded on April 3, 1964. In retrospect, Them during the Van Morrison period lasted a little less than two years. But in that short period of time released two albums and some of the most landmark and pivotal singles of the era. It was during Van Morrison’s tenure that the band released such 60s anthems as Here Comes The Night, Mystic Eyes and the immortal Gloria.

Them’s first recording session took place in London on 5 July 1964. “Turn on Your Love Light” and “Gloria” were recorded during this session as were both sides of their first single, “Don’t Start Crying Now” and “One Two Brown Eyes” as well as “Groovin'”, “Philosophy” and Bo Diddley’s “You Can’t Judge a Book by Its Cover”. This session was remarkable in its employment of two drums tracks, which can be clearly heard in the stereo mixes of “Gloria” and “One Two Brown Eyes”. Rowe used session musicians Arthur Greenslade on organ and Bobby Graham on second drum kit. At this late stage it became clear that the parents of Eric Wrixon, a minor in law, would not sign the contract on his behalf so he was replaced by Pat John McAuley. The single, released in August, did not prove successful.

Their next single, Big Joe Williams’s “Baby, Please Don’t Go” substituted Andy White on drums, Phil Coulter on second keyboard, and added Jimmy Page on rhythm guitar. Lead guitar was the work of Billy Harrison. It was released in November with “Gloria” as its B-side. In December 1964, Them made their television debut, joining The Rolling Stones, on Ready Steady Go! Their manager, Phil Solomon got the track used as the show’s signature tune and within two weeks it was at No. 19 on the UK Singles Chart, eventually peaking at No. 10.

In January 1965, Them toured England for a second time, staying at the Royal Hotel, which disc jockey Jimmy Savile used as his London base. Savile helped promote the band in his column for The People but Them earned a reputation for bad manners and sarcasm in their interviews. Billy Harrison said the attitude problem may have been caused by anti-Irish sentiments on the continent at the time. But, when they were interviewed by a reporter from the Irish Independent, the reporter remarked, “They were the most boorish bunch of youngsters I’d come across in my short career”. Phil Coulter recalled the band’s interview with a female reporter: “They would just sit and mutter monosyllabic grunts to themselves and give her off-the-wall answers”. (Morrison as a solo artist raised such interviews to a “negative art form”). Their management promoted Them by scheduling appearances on Ready Steady Go! and on Top of the Pops where, rather than performing live, they were expected to mime and lip sync. Morrison said of this appearance, “It was ridiculous. We were totally anti that type of thing… and we had to get into suits and have make-up put on and all that…”. He also revealed how the band had, until that time, considered the program a complete joke.

Tonight it’s a session that ends with Here Comes The Night and a glimpse of things to come.