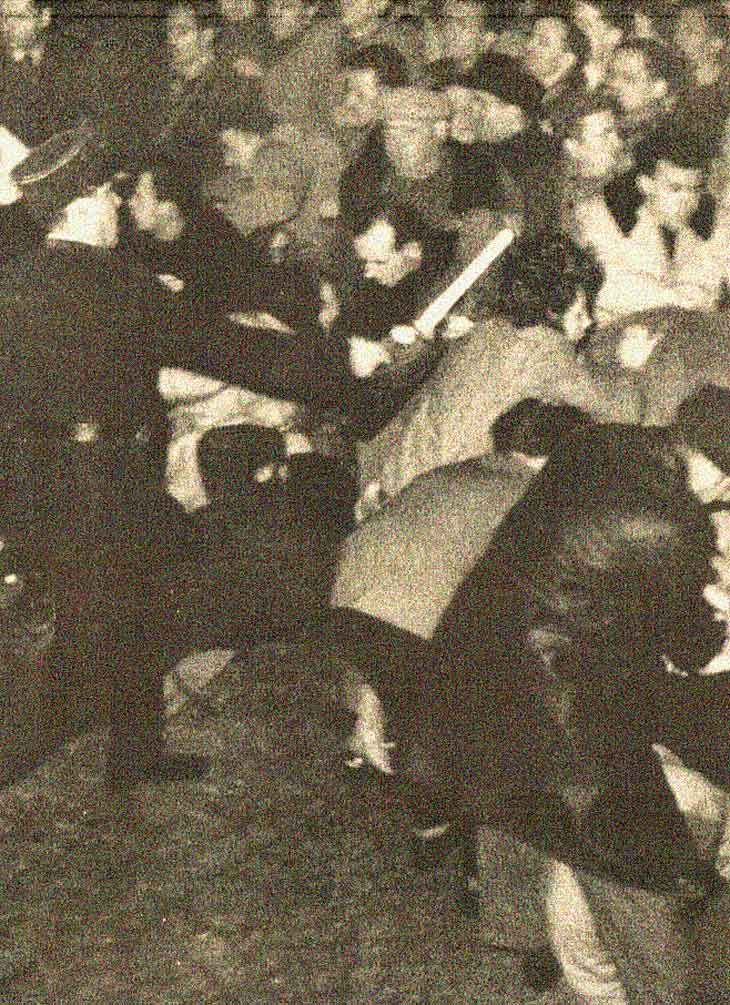 As unrest continued in Paris . . .and everywhere else.

December 4, 1947 – For Paris: Another Day, Another Round Of Billy Clubs – For The Middle East: Another Unholy Day In The Holy Land.

As unrest continued in Paris . . .and everywhere else.

Another day of drama and upheaval, this December 4th in 1947.

Still reeling from the UN partition plan of Palestine, riots were continuing in Jerusalem and all throughout the region. Riots were erupting again in Paris, with Communists taking to the streets. And Paris was again the sight of billy clubs and teargas.

Although created in December 1944, the Compagnies Républicaines de Sécurité (CRS) had their first real mission of policing with the strikes of November–December 1947, all under the leadership of Minister of the Interior Jules Moch (SFIO).

On the night of 2 to 3 December 1947, activists of the Federation of Pas-de-Calais CGT sabotaged the Paris-Tourcoing rail link by unbolting two rails. This caused a train derailment near Arras at 3 o’clock in the morning, which left 16 people dead and 50 wounded.

On 4 December 1947, after extremely violent discussions, the National Assembly voted a law on the “defense of the Republic and the freedom to work.” (Three years later, the arrest of Dehaene State Council consecrated the constitutional right to strike.

The general secretary of the PCF, Maurice Thorez, was concerned about the radicalization of the movement, as shown in the reports of SDECEE. Saboteurs activists believed that the train was carrying CRS to support non-strikers from Arras, supported by the Gaullist militants. The government was secretly negotiating with the PCF, exchanging immunity against four activists supporting the resumption of work.

And the Big 4 Conference being held in London hit another snag. The Cold War was alive and well and kicking up a storm.

Back home, the 44th International Livestock Exposition was underway in Chicago while Capitol Hill was haggling over Aid to European recovery and justifying the additional $180 million President Truman asked for to go along with the $590 million the Senate had earmarked for Foreign Aid. Meanwhile, inflation-fighting measures were still in place, with Meatless Tuesday, Eggless Thursday and save-a-slice-a-day to go along with other eat-less-save-more initiatives being introduced.

And that’s a sample of what was going on this December 4th in 1947 as reported on NBC’s News Of The World.