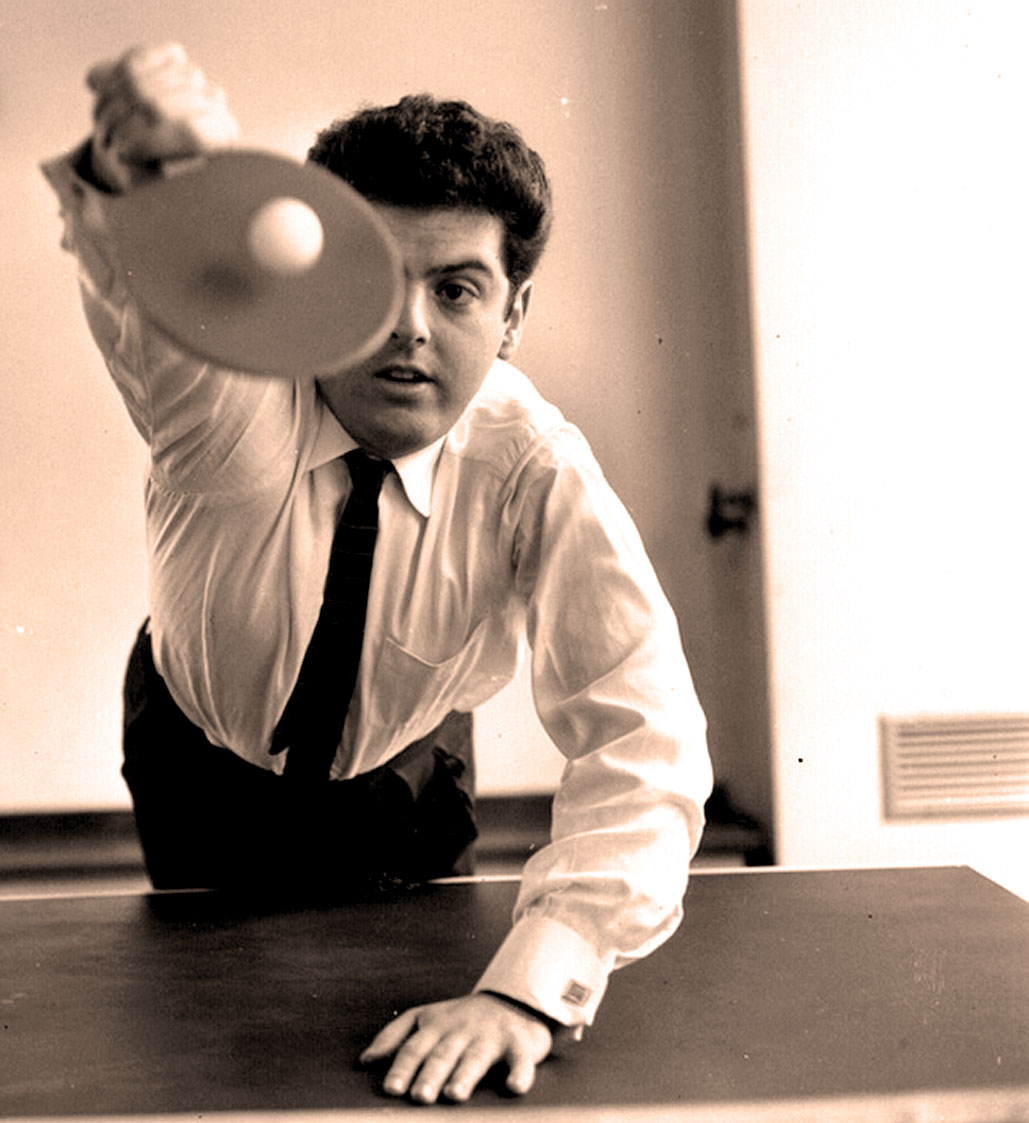 Daniel Barenboim - if the piano gig didn't work out, there was always Ping-Pong.

Daniel Barenboim – if the piano gig didn’t work out, there was always Ping-Pong.

Back to something historic this week – an unpublished concert from the 1964-1965 Season of the Los Angeles Philharmonic, featuring guest Conductor Paul Kletzki and the piano wunderkind Daniel Barenboim in a program of music by Brahms.

Rare, unreleased, not broadcast, long-thought lost. A little something for fans and historians.

Paul Kletzki joined the Łódź Philharmonic at the age of fifteen as a violinist. After serving in the First World War, he studied philosophy at the University of Warsaw before moving to Berlin in 1921 to continue his studies. During the 1920s his compositions were championed by Arturo Toscanini; and Wilhelm Furtwängler, who permitted Kletzki to conduct the Berlin Philharmonic Orchestra in 1925. Because he was Jewish, he left Nazi Germany in 1933 and moved to Milan, Italy, where he taught composition. Due to the anti-semitism of the Italian Fascist regime he moved to the Soviet Union in 1936.

During the Holocaust a number of Kletzki’s family were murdered by the Nazis including his parents and his sister. In 1946, he participated to the reopening of La Scala in Milan.

He died on 5 March 1973 at 72 years old after collapsing during a rehearsal at the Liverpool Philharmonic Orchestra.

Daniel Barenboim was born on 15 November 1942 in Buenos Aires, Argentina, to Argentinian-Jewish parents Aida (née Schuster) and Enrique Barenboim, both professional pianists. He started piano lessons at the age of five with his mother, continuing to study with his father, who remained his only teacher. On 19 August 1950, at the age of seven, he gave his first formal concert in his hometown, Buenos Aires.

In 1952, Barenboim’s family moved to Israel. Two years later, in the summer of 1954, his parents took him to Salzburg to take part in Igor Markevitch’s conducting classes. During that summer he also met and played for Wilhelm Furtwängler, who has remained a central musical influence and ideal for Barenboim. Furtwängler called the young Barenboim a “phenomenon” and invited him to perform the Beethoven First Piano Concerto with the Berlin Philharmonic, but Barenboim’s father considered it too soon after the Second World War for a child of Jewish parents to be performing in Berlin. In 1955 Barenboim studied harmony and composition with Nadia Boulanger in Paris.

On 15 June 1967, Barenboim and British cellist Jacqueline du Pré were married in Jerusalem at a Western Wall ceremony, du Pré having converted to Judaism. Acting as one of the witnesses was the conductor Zubin Mehta, a long-time friend of Barenboim. Since “I was not Jewish I had to temporarily be renamed Moshe Cohen, which made me a ‘kosher witness'”, Mehta recalled.[14] Du Pré retired from music in 1973, after being diagnosed with multiple sclerosis (MS). The marriage lasted until du Pré’s death in 1987.