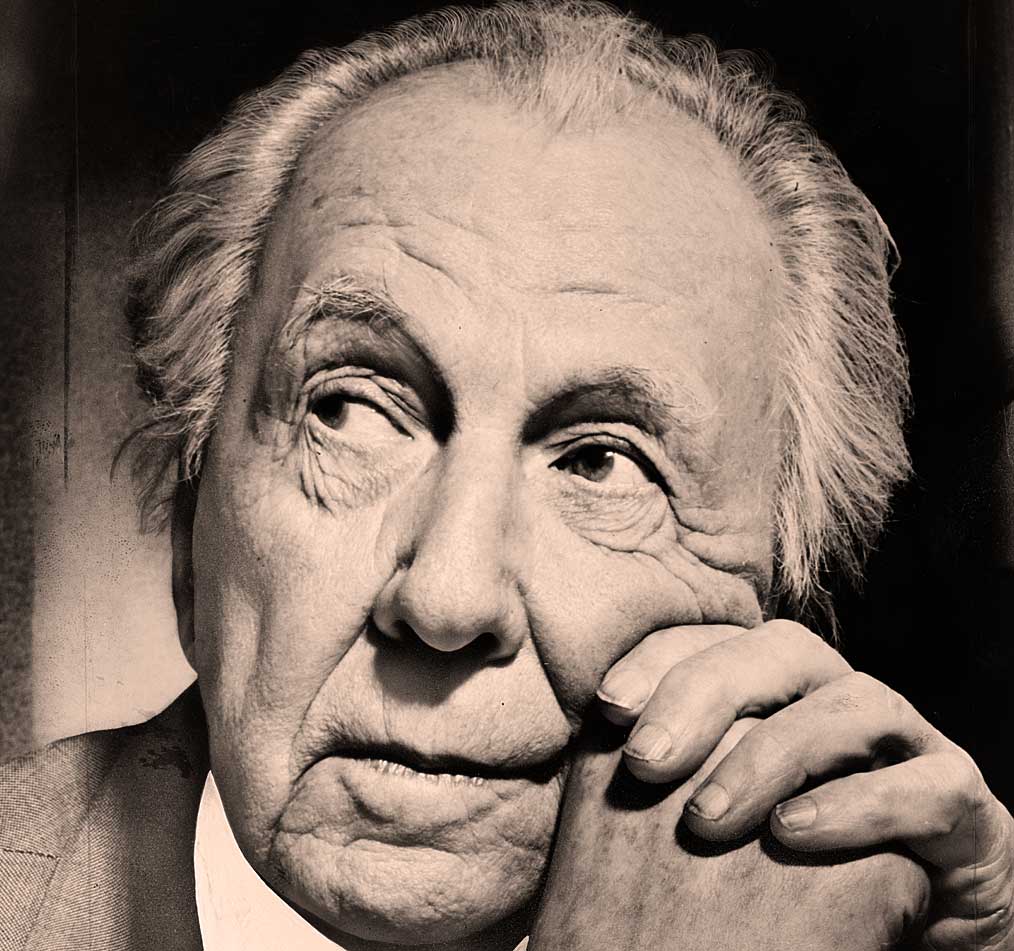 With a pessimism about the future that became a prophesy.

December 11, 1957 – A Word Or Two From Frank Lloyd Wright + A Lot Of Christmas Music – Past Daily Pop Chronicles

Frank Lloyd Wright: With a pessimism about the future that became a prophecy.

There was a time when radio had a habit of mixing things up – going from serious news or conversation to festive holiday music didn’t seem that much of a jarring stretch at the time. The assumption was, the audience would adjust accordingly.

Case in point – here is a nightly network radio program from the 1950s. Nightline (not to be confused with the ABC News TV program of the same name) was one of those “window on the world” type programs so prevalent during the last days of high-profile Network radio in 1957. During this broadcast, which originally aired on December 11, 1957, host Walter O’Keefe interviews legendary Architect Frank Lloyd Wright and gets an earful about the status of American culture of the day. He is pessimistic that we are heading anywhere but into an all-consuming soup of mindless info-tainment and rampant aesthetic ugliness. In short, society as we knew it in 1957 was doomed. And society, some 57 years later has become Wright’s prophecy.

Heady stuff. But then we switch to a dose of Christmas music, popular at the time and indicative of what the mainstream was all about in the 1950s. Bear in mind that rock n’ roll was around during this time – but it wasn’t going to be embraced by the mainstream media for a very long time – and in 1957 it was still anathema to most programming.

So strangely (or maybe just a little subversive), Frank Lloyd Wright talks about what essentially is the dumbing down of America, and the program he is saying this on is doing exactly what he’s warning about. Clever and sneaky, those Architects.

But in any event – this was what Popular Culture was about in 1957; contrasts and trying to make sense of everything. A world rapidly changing and a world desperately trying to cling on.

Still doing it – it was scary then, it’s scarier now.