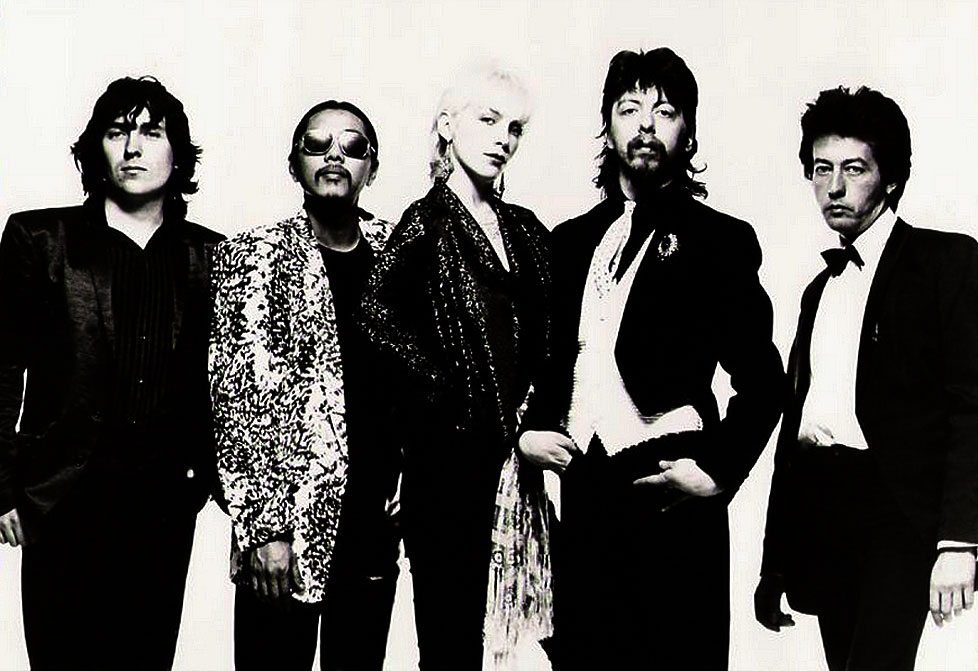 The Tourists had a reasonable following in the U.S., but nothing compared to the success when Annie Lennox and Dave Stewart left to form The Eurythmics.

Guitarists Peet Coombes and Dave Stewart were members of the folk rock band Longdancer, which was on Elton John’s Rocket Records label. They moved to London, where they met singer Annie Lennox, who had dropped out of a course at the Royal Academy of Music to pursue her ambitions in pop music.

Forming a band in 1976, the three of them initially called themselves The Catch. In 1977 the band released a single named “Borderline/Black Blood” on Logo Records. It was released in the UK, The Netherlands, Spain and Portugal, but was not a commercial success.

“I Only Want to Be with You” was also a top 10 hit in Australia and reached number 83 on the US Billboard Hot 100. Coombes was the band’s main songwriter, although later releases saw the first compositions by Lennox and Stewart.

In 1980, the band signed to RCA Records. They toured extensively in the UK and abroad, including as support for Roxy Music on their 1979 Manifesto Tour.

But as is the case with many bands, individuals grow and blossom in different directions, achieving a different sound. The group disbanded in late 1980. What later emerged as The Eurythmics were vastly different than The Tourists and they became a massive commercial hit as the result.

But tonight it’s a nod to The Tourists, the earlier incarnation of the Annie Lennon/Dave Stewart collaboration, in concert at The BBC’s Paris Theater on June 23rd 1979.

I suspect you’ll find you’re more familiar with them than you imagined. Still a good band at the time – who knew what was in store?

Enjoy – just over 27 minutes worth.