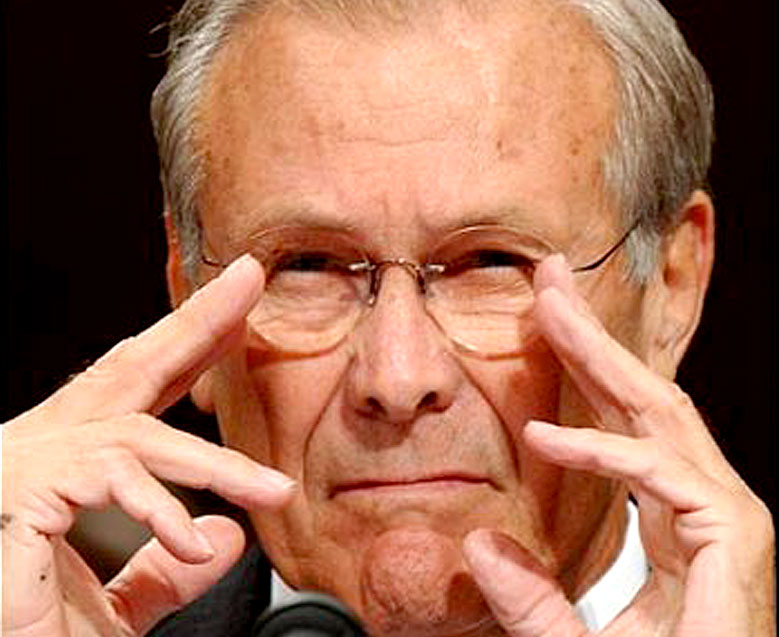 Seems like another lifetime ago, but on this December 16th in 2001 we were just getting our feet wet in what was to become the mess, the gift that keeps on giving, the war in Afghanistan, Adventures in Jabberwocky.

Nineteen years ago today, Defense Secretary Donald Rumsfeld was getting ready to land at Bagram Airbase, fifty miles north of Kabul for his first visit to Afghanistan. Well . . .it wasn’t exactly a visit to Afghanistan, it was a visit to the airbase located in Afghanistan; a quick word with the troops and a fly-over to the Tora Bora area of Pakistan before returning to Washington. Plans were also made to re-open the U.S. Embassy in Kabul to act as a liaison office.

Fighting was stepping up between the Taliban and Afghan forces, backed by U.S. military in what was sure to be a glimpse of things to come.

And all was not so quiet in the rest of the world, as flare-ups in the Middle East caused a U.S. peace mission to grind to a halt. Israeli helicopters attacked Palestinian targets in Gaza as the U.S. mission was leaving, recalled by Washington.

The first commercial U.S. shipments of food to Cuba in over 40 years were scheduled to arrive later on this day in 2001. A freighter carrying 24,000 tons of grain was arriving from Louisiana, followed by another carrying chicken meat from Mississippi with several more shipments due to arrive over the next few weeks. The shipments were humanitarian aid packages in the wake of damage from Hurricane Michele. Not everybody was happy about it though.

All that, plus a documentary on the University of Kabul, the conditions in Pakistani refugee camps for displaced Afghans, and a lot of other news of the day via the BBC World Service for December 16, 2001.