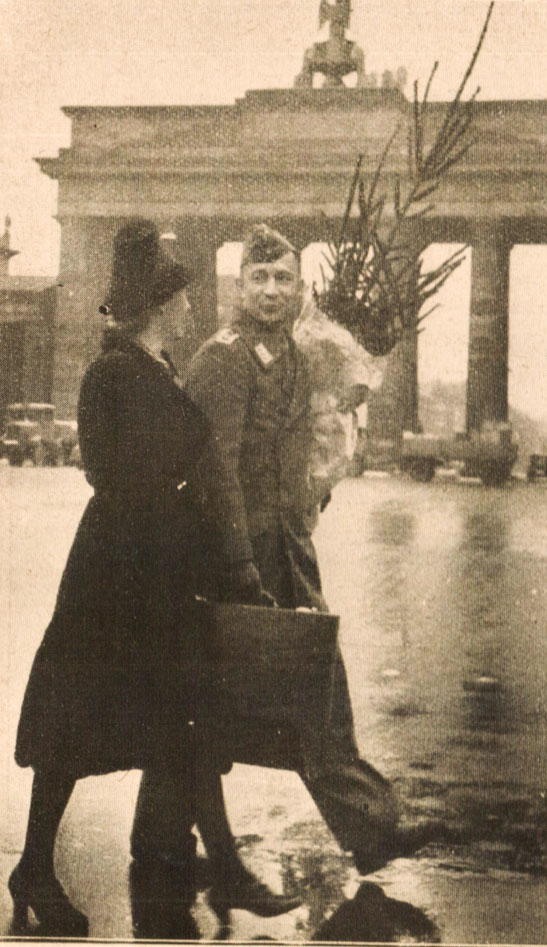 December 21, 1939 – Christmas In Wartime – Festive In Short Supply – The Last Of Merry For The Duration.

Despite news earlier in the week of the sinking of the German Battleship Admiral Graf Spee, Germany was celebrating Christmas, this week in 1939, with a shipment of some 1 million Christmas trees into Berlin. War news, it seemed, wasn’t going to deter anybody from celebrating. The trees were plentiful but the candles weren’t. And since the average German Christmas tree was decorated with candles, as opposed to those new electric lights,  rationing of candles was strict. So the pinch of war was felt despite everything.

On 22 December 1939 over 1,000 sailors from Admiral Graf Spee were taken to Buenos Aires and interned there; at least 92 were transferred during 1940 to a camp in Rosario, some were transferred to Club Hotel de la Ventana in Buenos Aires Province and another group to Villa General Belgrano, a small town founded by German immigrants in 1932. Some of these sailors later settled there. After the war many German sailors settled permanently in various parts of Uruguay, some returning after being repatriated to Germany. Rows of simple crosses in the Cementerio del Norte, in the north of the city of Montevideo, mark the burial places of the German dead. Three sailors killed aboard Achilles were buried in the British Cemetery in Montevideo, while those who died on Exeter were buried at sea.

But news on other fronts, during this first Christmas Season of War in over 20 years, was less festive. Reports on the internment of the surviving Crew members of the Graf Spee in Montevideo. News of Ireland getting Torpedo boats as a defense measure against German sea attacks. Continued Naval action in the North Sea. A Russian air raid on Finland and reports of action on the Western Front. Japan was set to open the Pearl and Yangtze Rivers to foreign shipping traffic.

That, and a lot more via this wrap up of International News via Mutual reporter Guy Savage for the week ending December 21, 1939.

Probably the last year Christmas was going to be Merry anywhere for a long time.