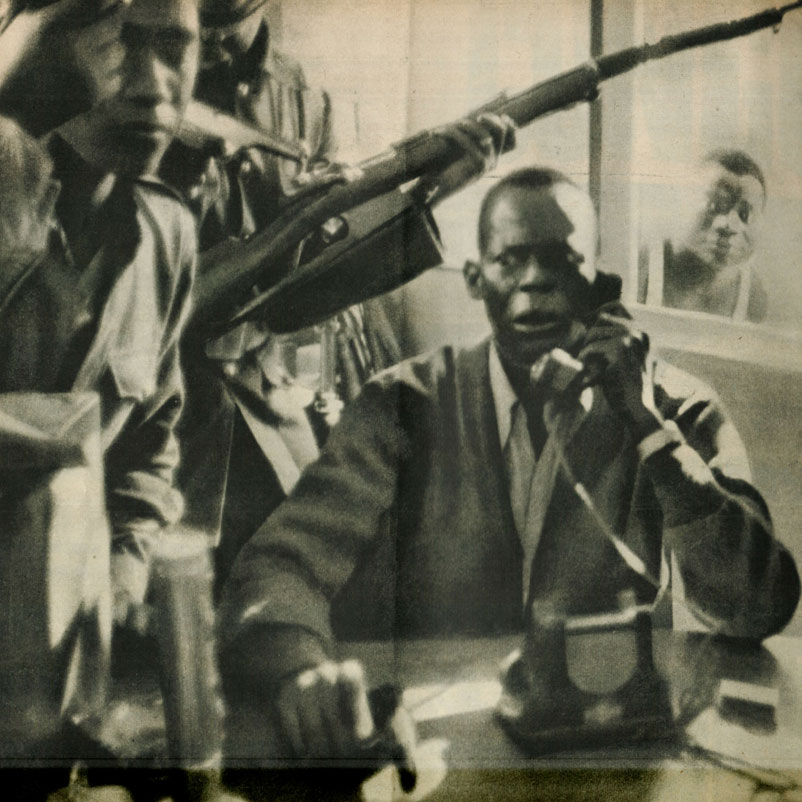 Most News programs spend the first day of a new year looking back on the events of the previous one. In 1961 however, January 1st was spent looking ahead. It was a year in transition for the White House. President Kennedy was poised to take over, come January 22nd and the big question was; how was he going to handle the potential hotspots, developing all over the world?

With breaking news earlier in the day of a rumored invasion by Chinese troops into Northern Laos that, if true, the situation in Southeast Asia was precarious at best. And there was the situation in Cuba to consider, and fears that Castro would make a grand play for Latin America in the coming 12 months.

Berlin was another hotspot guaranteed to get hotter in 1961. Europe in general was undergoing a metamorphosis of sorts – emerging from the ruins of World War 2 and plagued with problems of their own, notably France and the continuing situation in Algeria to contend with.

The only place we really weren’t in fear of getting dragged into a scuffle was Africa. The situation in the Congo was in the lap of the Belgians and the good graces of Dag Hammarsjold’s United Nations, and it appeared for the moment we were not going to be called in for peacekeeping duties any time in 1961. It was also a time of general upheaval anyway, as many of the countries in Africa were declaring independence from European colonial rule, and growing pains came with the territory.

But we were smack in the middle of the Cold War and anything could happen, and a Kennedy Administration, it was noted, had to hit the ground running.

On this day in 1961 we hadn’t heard the New Frontier speech yet, but there was plenty of wild frontier to go around. The 60s,we were assured, was going to be one hell of a ride.

And no matter how contemplative the future appeared to be before us, the reality was, we had no clue. It was almost guaranteed not to be what we imagined.

But on this day in 1961, it was anybody’s guess and all they were armed with were facts from the past. At least that was something to go on.

Here is that broadcast, from January 1st 1961 of NBC Radio’s Projection ’61 – which was no doubt listened to via fog of hangover.

It would be sobering enough, soon enough.