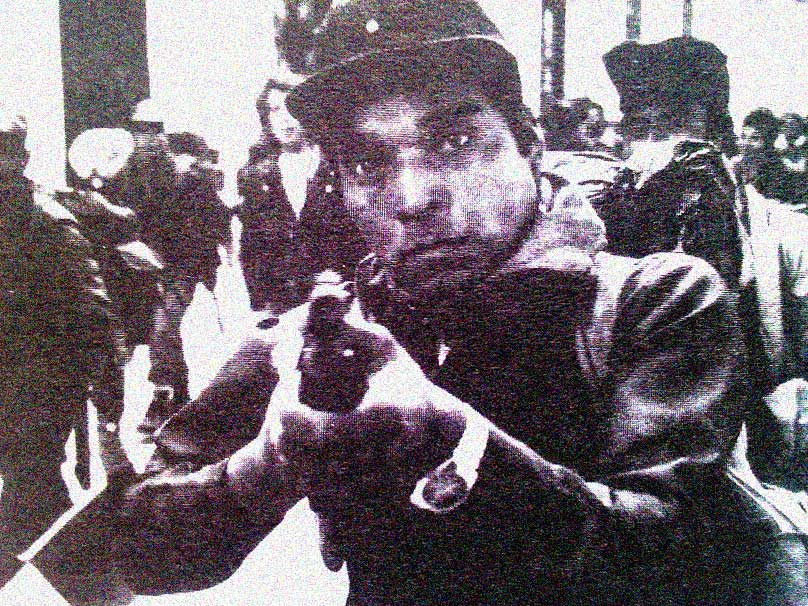 Amid the flurry of "happy news" - uprisings.

Amid the flurry of “happy news” – uprisings.

Try as they might to gloss over the jaundiced underpinnings, the pundits of mainstream media were busily painting smiley-faces on the end of 1993 and the start of 1994, this January 2nd.

Weather was the big news, as always, for the end of one year and the beginning of another. Snow was blanketing the usual parts of the country which often get blanketed by snow this time of year, and the unusual parts brought dismay and lengthy reports of bafflement and discomfort. The usual run-down of New Years resolutions; always pledged, never kept. The avalanche of Human Interest stories and what children think of the world. 73% of Britons, it was learned, don’t want to pay for the Royal Family. Shock. Someone found $140,000.00 in cash stashed in a piano bought at a garage sale – the big news was, they gave it back.

A feature on how the people of Embarrass, Minnesota were reacting to the weather – which , in itself gives you some idea of where the really important events of this day were heading.

A gunfight erupting between two gangs in a food court in Irving Texas, killing one. In Spokane, nothing said Christmas quite like having your car window shot out, and that was all cause for the age-old national concern over the Tsunami of gun-and-bomb-related killings going on in 1993, and heading into 1994. Let the hand-wringing begin, let the sides go blind.

And buried somewhere in the back was news of an uprising in Mexico – a group calling themselves the EZLN (or Zapatistas for short) made up primarily of indigenous people who were poor, exploited and had enough, were taking over towns and battling with the Mexican Army. It was looking like a full scale revolt was in the works.

No matter how the pundits were spinning it, that’s just a tiny portion of what went on this January 2nd in 1994, reported by ABC Radio News and World News This Week.

It was, after all, the calm before the storm.