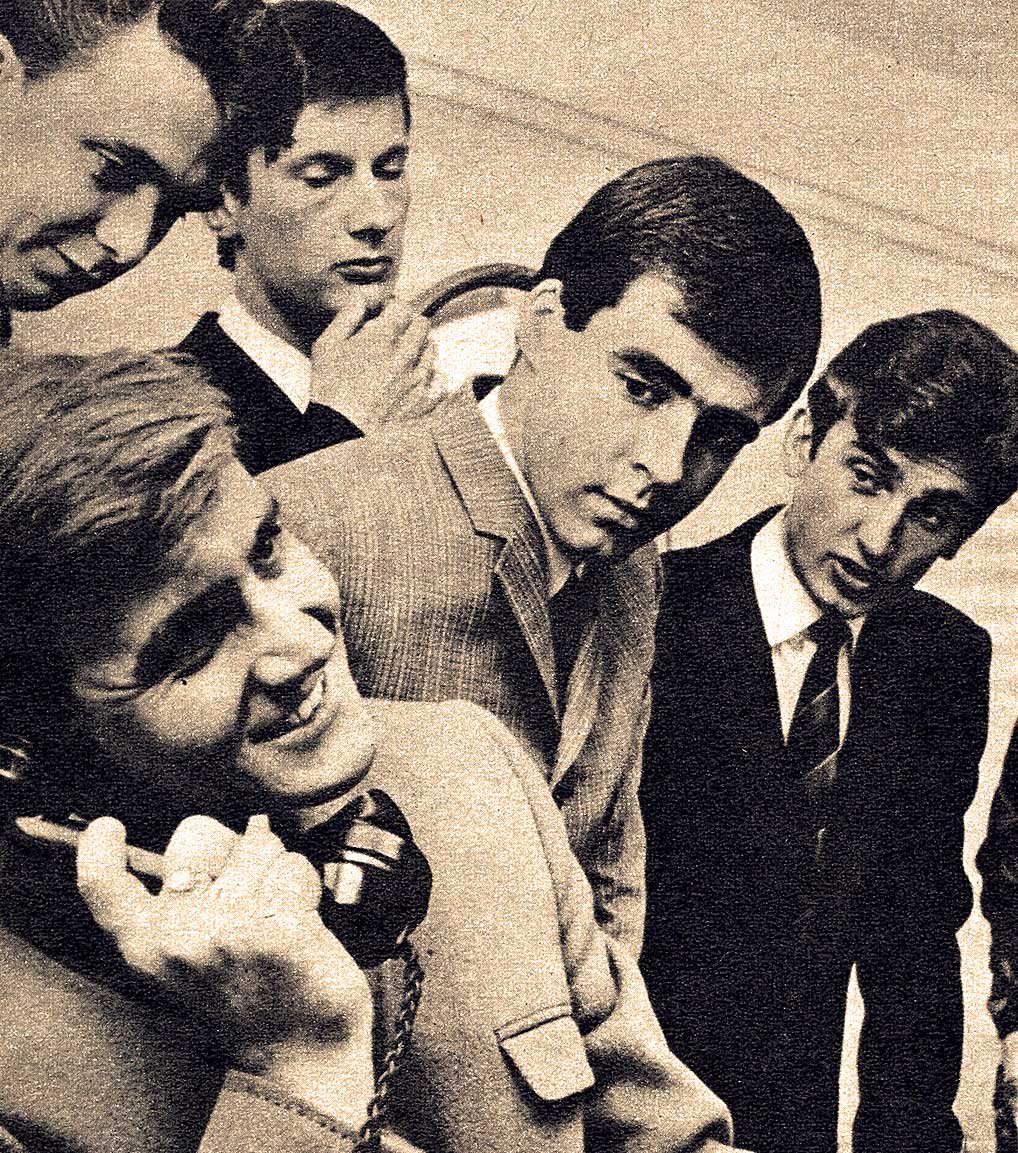 Billy J. Kramer and the Dakotas - in 1964 the British Invasion was still wholesome.

Billy J. Kramer and the Dakotas – in 1964 the British Invasion was still wholesome.

Sadly, only two numbers from this overlooked group, who were one of the mainstays of the British Invasion of 1964, are available tonight. Billy J. Kramer And The Dakotas had several huge hits during this time. But like many bands from this era, the changes in society and music in general passed them quickly after a few years. Even though they were seasoned veterans of the Club circuit, the same one The Beatles cut their teeth on,their popularity began to wane as the scene progressed. Since they were managed by Brian Epstein (who also managed The Beatles) they were in the enviable position of being given a number of Lennon-McCartney songs to record, and those were some of their most memorable hits.

The Dakotas enjoyed Top 20 success in 1963 on their own with the Mike Maxfield composition “The Cruel Sea”, an instrumental retitled “The Cruel Surf” in the US, which was subsequently covered by The Ventures. This was followed by a George Martin creation, “Magic Carpet”, in which an echo-laden piano played the melody alongside Maxfield’s guitar. But it missed out altogether, and it was a year before their next release. All four tracks appeared on an EP later that year.

The three hits penned by Lennon and McCartney suggested that Kramer would always remain in the Beatles’ shadow, unless he tried something different. Despite being advised against it, he turned down the offer of another Lennon/McCartney song, “One and One Is Two”, and insisted on recording the Stateside chart hit “Little Children”. It became his second chart topper and biggest hit. In the United States, “Little Children” was backed with “Bad to Me”. This was the only debut single of an act on the Hot 100, each of whose sides separately reached that chart’s The Top 10 (No. 7 and No. 9, respectively). Despite this success, Kramer went backwards with his second and last UK single of 1964, the Lennon/McCartney composition “From A Window”, which only just became a Top Ten hit.

But in 1964 they were riding the crest of a huge wave, and this Poll Winners concert from April 16, 1964, features only two of their numbers, recorded at that concert. I suspect there was more – but this was a fast-paced awards show, so a 4 minute appearance might just be all there was.

Billy J. Kramer is still active and was last seen as part of the British Invasion 50th Anniversary Tour in 2015. He is also the author of an autobiography (Do You Want To Know A Secret), published in 2016. And the beat goes on.