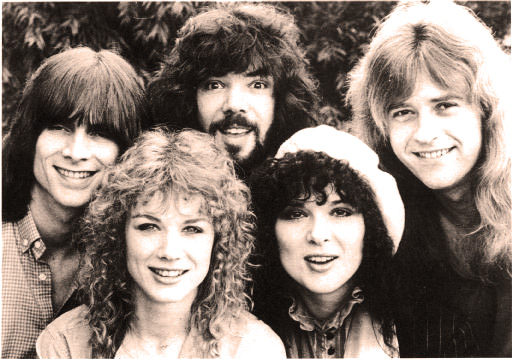 Back to some basic, no-frills American Rock n’ Roll this weekend.

In 1977, Mushroom Records ran a full-page advertisement showing the bare-shouldered Wilson sisters (as on the Dreamboat Annie album cover) with the suggestive caption, “It was only our first time!” In an interview that appeared in the July 28, 1977 issue of Rolling Stone, the sisters cited this advertisement as a key reason for their decision to leave Mushroom Records. (Ann and Nancy appeared on the cover of that issue of Rolling Stone as well.) Heart broke its contract with Mushroom and signed a contract with CBS subsidiary Portrait Records, resulting in a prolonged legal battle with Siegel. Mushroom released the partly completed Magazine in early 1977, just before Portrait released Little Queen. Each company attempted to prevent the other from releasing any Heart music. A Seattle court forced Mushroom Records to recall the album so that Heart could remix tracks and add new vocals, and the album was re-released in 1978. It peaked at number 17 in the US, generating the single “Heartless”, which reached number 24 in the chart, and eventually achieved platinum status.

Little Queen became Heart’s second million-seller and featured the hit “Barracuda” (number 11). The song’s lyrics were written by an infuriated Ann Wilson in her hotel room after a reporter, while backstage after a live appearance, had suggested that the sisters were lesbian lovers.

In late 1978, the double-platinum Dog & Butterfly peaked at 17 on the Billboard 200 and produced hits with its title song (number 34) and “Straight On” (number 15). In 1979, the Wilson-Fisher liaisons ended—Roger Fisher was voted out of the band by the other members, and his brother Mike left the orbit of the group within a month. Nancy Wilson and Howard Leese shared the guitar role, and childhood friend Sue Ennis helped with song collaborations.

Heart were an institution on most FM Rock Radio stations throughout the U.S. in the 1970’s. A string of hits and a huge following, Heart rode the crest of a popularity wave throughout the decade of the 70’s and into the early 80’s.

Here they are, during their heyday, at a concert recorded live on January 26, 1979 in Passaic, New Jersey.

The Wilson Sisters are alive and well and tearin’ up the joint.