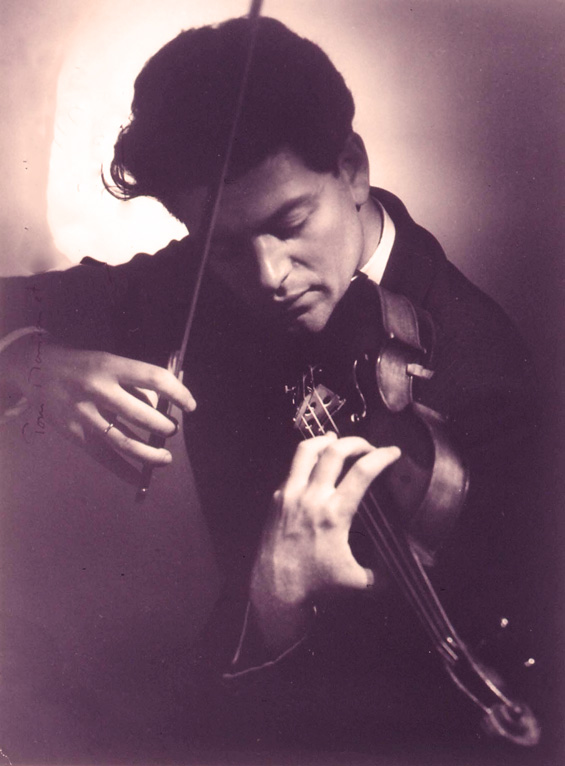 Devy Erlih - the epitome of the French Style of violin playing.

Devy Erlih – the epitome of the French Style of violin playing.

I originally ran this post a few years via my old website, but many readers weren’t happy with the sound quality available at the time. So, as promised, I am running it again with new and improved sound and a new transfer.

This is the World Premier performance of the Violin Concerto by Pierre-Max Dubois, who completed it in 1955. It was given its world Premier during the 1957 Strasbourg Music Festival, with The Strasbourg Radio Symphony, conducted by Louis Martin and featuring the legendary Devy Erlih, violin.

Pierre-Max Dubois (1 March 1930 – 29 August 1995) was a French composer of classical music. He was a student of Darius Milhaud, and though not widely popular, was respected. He brought the ideas of Les Six, of which his instructor was a member, into the mid-1900s. This group called for a fresh artistic perspective on music. The music of Dubois is characteristically light hearted with interesting harmonic and melodic textures.

He was awarded the Prix de Rome in 1955. Most of his works are for woodwinds, especially for saxophone. His Quartet for Saxophones in F premiered in 1962. Another of his works is the ‘Pieces characteristiques en forme de suite’, written for Alto Saxophone with piano accompaniment.

Erlih was born in France in 1928 to first-generation immigrants to France from Bessarabia (now Moldova). His father was a folk musician who played the cimbalon and pan pipes. His parents made sure that he spoke only French so that he would not be known as an immigrant.

To my knowledge, it hasn’t been reissued (unless someone put out my original post on CD in the past two years) and this is the only available recording of that all-but forgotten work.

And now it sounds good.