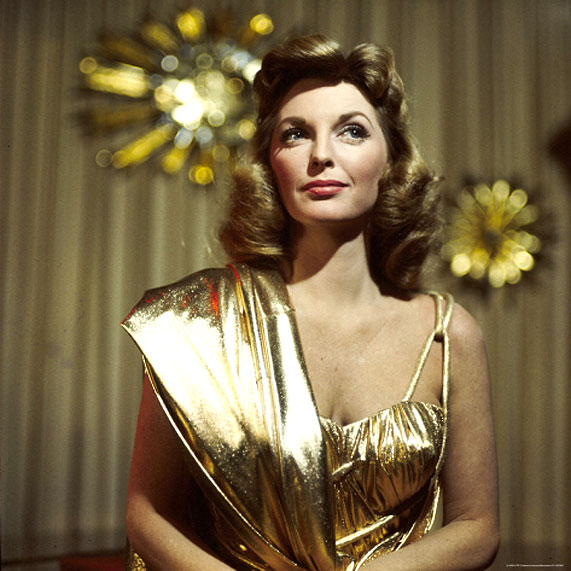 Julie London - adding a breathless touch to the proceedings.

Julie London – adding a breathless touch to the proceedings.

Over to The Cameo Room in New York City this week for a session with The Bobby Troup Trio with Julie London on vocals.

Bobby Troup’s earliest musical success came in 1941 with the song “Daddy” written for a Mask and Wig production. Sammy Kaye and His Orchestra recorded “Daddy”, which was number one for eight weeks on the Billboard chart and the number five record of 1941; other musicians who recorded it include Glenn Miller, Bing Crosby, Kay Kyser, and The Andrews Sisters. “Daddy” can be heard in the 1941 film Two Latins from Manhattan. The song is also performed by the title character in Tex Avery’s cartoon short Red Hot Riding Hood (1943).

After graduating from college in 1941, he enlisted in the United States Marine Corps but did not receive orders until January 1942. After completing officer training, he was assigned as one of two dozen white officers to direct recruit training at Montford Point, the recruit depot for the first black Marines. In 1943 he became recreation officer and helped build a recreation hall, basketball court, and outdoor boxing ring. A friend installed a miniature golf course. At Montford Point, he also organized the first African-American band of U.S. Marines. During this time he composed “Take Me Away from Jacksonville”, which was to become an anthem of sorts for the Marines at Montford Point and other areas of Camp Lejeune.

In February 1942, Troup’s song “Snootie Little Cutie” was recorded by Frank Sinatra and Connie Haines with the Tommy Dorsey Orchestra and the Pied Pipers.

In 1946, Nat King Cole had a hit with Troup’s most popular song, “Route 66”. The song was also recorded by Chuck Berry (1961) and The Rolling Stones (1964). Troup’s hipster interpretation of the fairy tale “The Three Bears” was first recorded by the Page Cavanaugh Trio in 1946 and later by Leon McAuliffe, and Ray Ellington.

Troup’s recordings in the 1950s and 1960s were not commercially successful. He recorded for Liberty and Capitol. He wrote the title song (sung by Little Richard) for the 1950s rock and roll film The Girl Can’t Help It. An instrumental version of his song “The Meaning of the Blues” appeared on the Miles Davis album Miles Ahead.

Julie London’s debut recordings (which appeared on her self-titled extended play) were completed under the New York-based Bethlehem Records label. Four additional tracks recorded during these sessions were later included on the album Bethlehem’s Girlfriends, a compilation album released in 1957. Bobby Troup was one of the session musicians on the album. London recorded the standards “Don’t Worry About Me”, “Motherless Child”, “A Foggy Day”, and “You’re Blasé”. London’s most famous single, “Cry Me a River”, was written by her high-school classmate Arthur Hamilton and produced by Troup. The recording became a million-seller after its release on her debut album in 1955.

Recorded on February 13, 1956, it features Julie London’s now immortal Cry Me A River.

A cool and sultry Sunday offering.