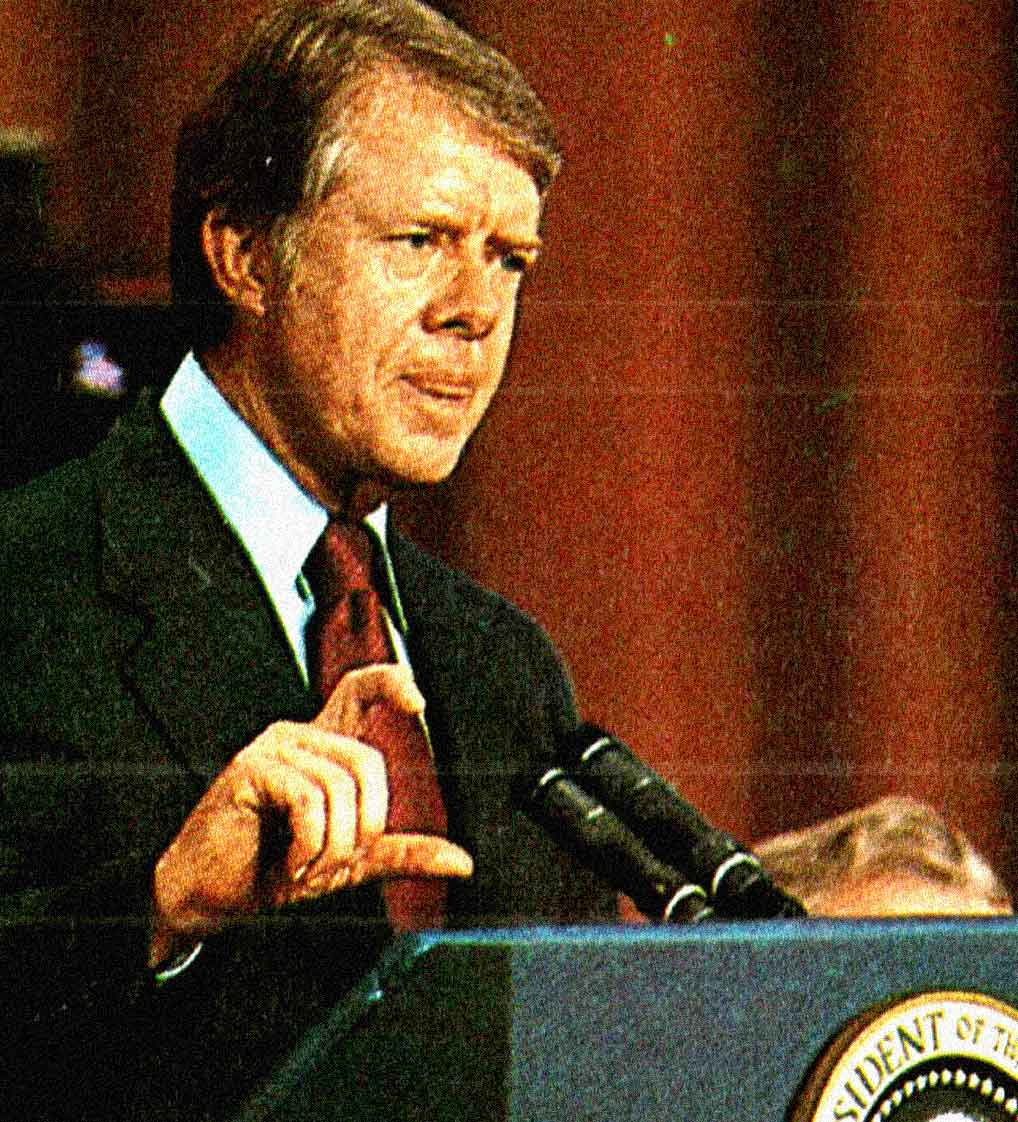 Percentage of people in the U.S. who actually knew where Somalia was.

January 12, 1978 – Starting The Political Year Off With A Jimmy Carter Press Conference –

Percentage of people in the U.S. who actually knew where Somalia was.

This day in 1978 saw President Jimmy Carter give his first Press Conference of 1978. And by the looks and sounds of it, the political year would have enough drama to go around.

Taking center stage was the crisis in Africa between Somalia and Ethiopia, taking place around the Ogaden border area. President Carter warned the Soviet Union that a crisis would develop if the Russians continued engaging in “unwarranted interference” in the region and he urged talks to begin, saying “our hope is that the Somalis might call publicly for negotiations to begin immediately to resolve the Ogaden dispute”.

Other points brought up during the half-hour Press Conference centered around the removal of U.S. Attorney David Marston, a Republican, which was thought to be a political move. The accusations came in light of the fact Marston was getting ready to indict some prominent Democrats in Pennsylvania and some questioned whether or not President Carter stepped in as a political move, coming in despite campaign promises to appoint Federal prosecutors based on merit, not politics.

President Carter: “Much has been said about the messages that I carried on behalf of the American people to leaders of the nations which I visited on the recent trip. But it’s also important to focus on the message that I received from them and brought back home.

They are looking to our country to see whether we have the will, the resolve to deal squarely with our energy problems, which are also becoming their problems. It’s clear that our willingness to curb the enormous American national appetite for imported oil will be a consideration, for instance, in future OPEC oil prices.

As a nation, we are increasing our demands for foreign oil. We may have conservation forced on us by unexpected and rapid increases in oil prices in the future. Our consumers and our industries will pay more and more to foreign countries, and with those dollars that go overseas we are, in effect, exporting American jobs.

In Paris and in Brussels, our own allies expressed concern about whether we can and will enact strong energy legislation. If our own economy is not strong, if our strength is being sapped by excessive imports, then we can’t provide the kind of leadership and stability on which the economic well-being of the Western democracies rests so heavily.”

The Press conference ran the gamut and was faithfully broadcast live by National Public Radio, January 12, 1978.