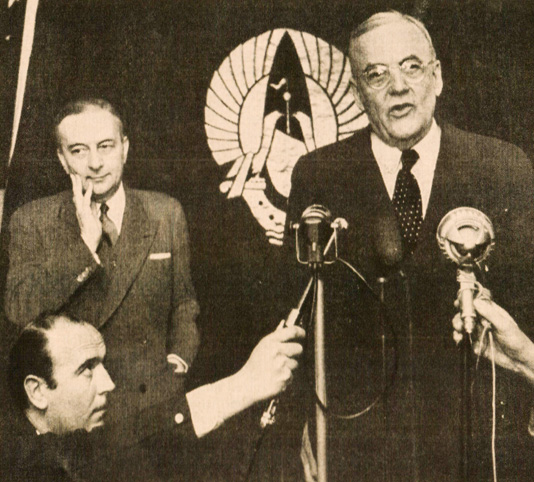 For the week ending this day in 1956, all attention seemed to be on an interview, conducted by Life Magazine, with Secretary of State John Foster Dulles. The gist of the interview was Dulles’ alarming tone with regard to the Indo-China (Vietnam) situation. Dulles proclaimed, in no uncertain terms, that “we were on the brink of War”. The statement sent shock waves throughout the world, and was most notably unsettling with our Allies, who had become concerned over U.S. policy of containment of Communist influence in the world was being replaced by one of aggression. Coupled with a growing concern over, what was termed in the British Press,  a “tone of arrogance”, we were in a dangerous position of undoing whatever positive aspects our Foreign Policy was attempting to achieve. In short – we were becoming the Bad Guys.

In other news – speculation was rife whether or not President Eisenhower was going to run for re-election in 1956. The health issue was of primary concern. All would be revealed in the coming weeks of 1956.

And domestic issues took up much time on the Legislative plate this week. Most prominent was the Farm issue.

That, and a lot more for the week ending this January 18th in 1956 , via NBC Radio‘s Key’s To The Capitol program.