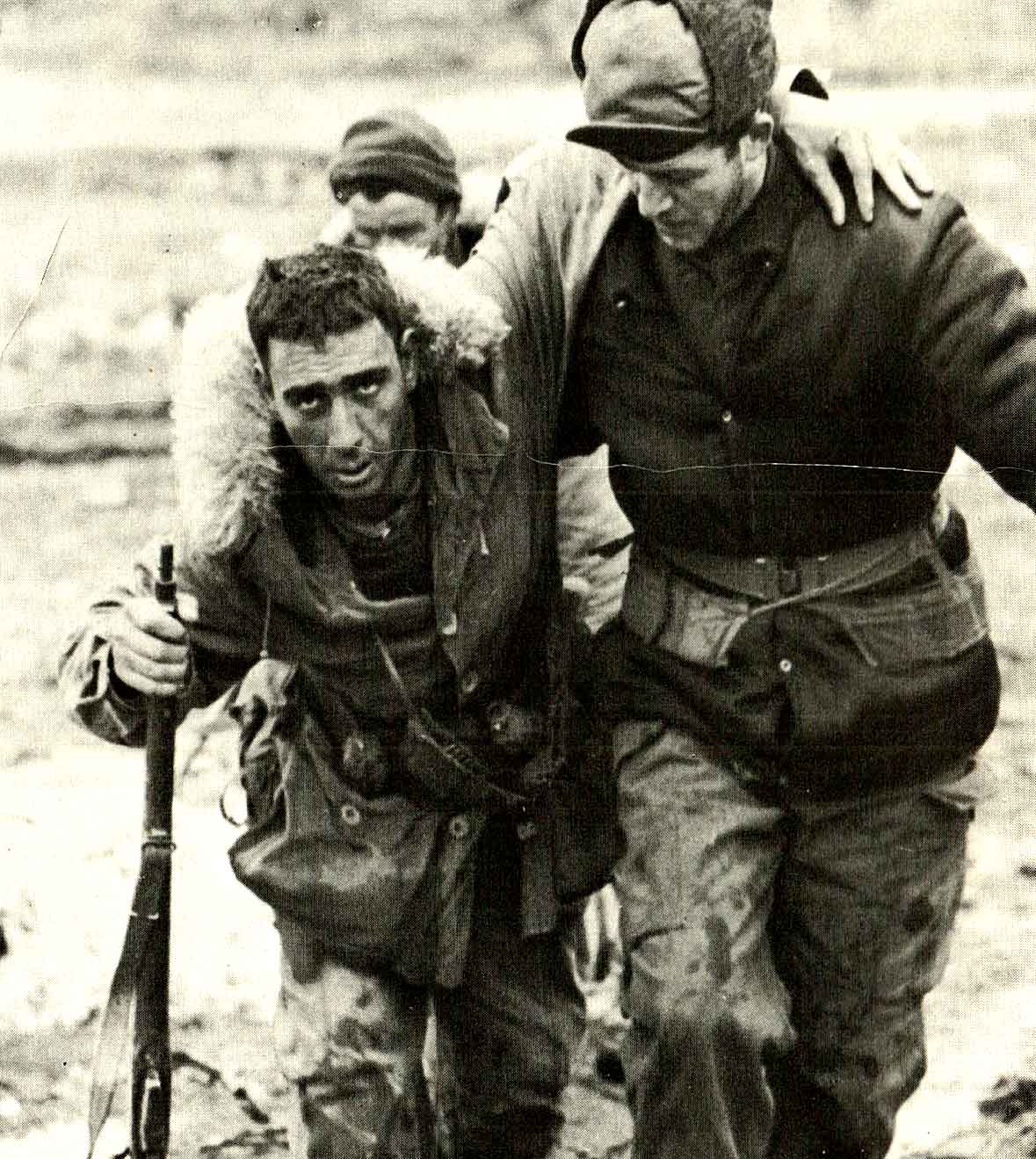 February 15, 1951 – Reports from Korea were pessimistic, even with spin attached. As of this day the list of casualties grew by 600, passing the 48,000 mark for both dead and wounded in the Korean War, which was now in its 2nd year.

The spin was the report from the front that Communist casualties numbered in “the thousands” during the past week alone. Allied forces were attacking and counterattacking in several areas around Seoul and that the enemy had been driven back.

Reports from the White House confirmed that, according to President Truman, General MacArthur still had authority to cross the 38th Parallel if he chose to. The revelation came in light of British Prime Minister Clement Attlee’s demand that they be consulted before any such action was taken.

On Capitol Hill – bills were being introduced to the House and Senate that the U.S. provide some 2 million tons of grain to India. Members of the bi-partisan committee in the House said it was being offered with no strings and with no political motives.

Elsewhere in the World – Italy’s Communist Party looked to be heading toward a more decisive split. Two Communist deputies, who had recently left the party, issued a manifesto that could be construed as the beginnings of a new Titoist movement in Italy. The deputies claimed that, although the Communists preached peace, they actually believed in a bloody war to achieve their dreams of revolution.

Meanwhile in Western Germany, 7 convicted German war criminals were told on this day that their hanging had been postponed. They had been granted a stay of execution until their cases were heard by the U.S. Circuit Court of Appeals.

And Federal Education Commissioner Earl McGrath warned that every state in the U.s. faced a grave shortage of school facilities if they didn’t act now.

But the big, potentially disturbing news came in the form of a request for additional troop deployments in Europe. By adding some 100,000 troops under the command of General Eisenhower and bringing our total commitment to 4 divisions. Secretary of Defense General Marshall said the move came as a measure of defense against Russia, if war was to come. He reluctantly asked for the additional military buildup as a way of maintaining the morale of our allies who were uncertain as to our position, based on debates going on in Capitol Hill regarding our continued support and willingness to commit more troops. He also went on to say he anticipated such a military presence was going to be in Europe for as long as ten years.

And that’s a small slice of went on this February 15, 1951, as reported by Edward R. Murrow and The News.