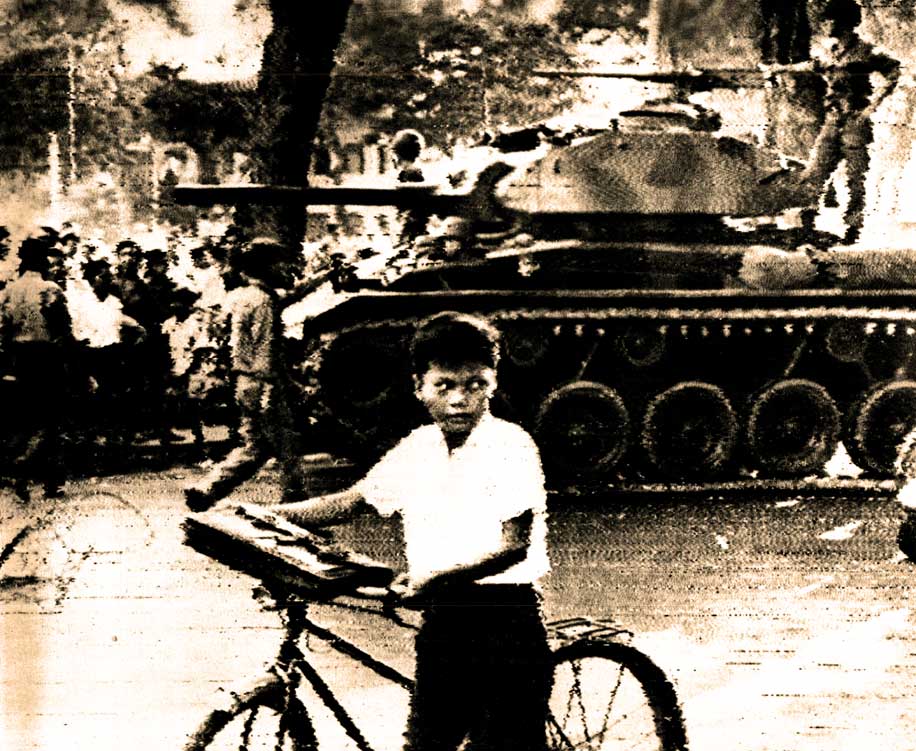 History doesn’t preserve itself, it needs your help: Become a Patron!

As if there weren’t enough indications that America had gotten itself involved in a shooting war in Vietnam sooner rather than later, an abortive coup attempt to overthrow the Military junta of General Khanh took place in Saigon beginning on February 19, 1965 and was all but over by the next day. The coup was the end-result in a long-running feud between military factions, beginning shortly after the previous coup, the one that deposed South Vietnamese President Ngo Dinh Diem in 1963 – backed by the CIA and installing General Nguyen Khanh as de facto President.

But in the ensuing months, so much political instability and in-fighting further aggravated the situation with the U.S., whose Ambassador Maxwell Taylor, was later reported to be loosely involved in talks with the new coup-leaders prior to the Saigon attempt. General Khanh was persuaded to step down and quietly accept a position as Ambassador-At-Large with the United Nations.

But all of that wasn’t apparent at the time of this broadcast, which was still unfolding as the week drew to a close. And the proclamation that the coup was over and Khanh was still in charge proved false. Only in hindsight  . . . .

Here is that broadcast, along with a report on flaring tensions over East and West Berlin and grumblings of a new extreme Right Wing party in West Germany. The National Democratic Party of Germany (German: Nationaldemokratische Partei Deutschlands or NPD); a far-right and ultranationalist political party in Germany, founded in 1964 as successor to the German Reich Party (German: Deutsche Reichspartei, DRP). Party statements also self-identify the party as Germany’s “only significant patriotic force”. More to be revealed

Some week, this one in February 1965 as reported over ABC Radio’s Overseas Assignment program for February 19-20, 1965.