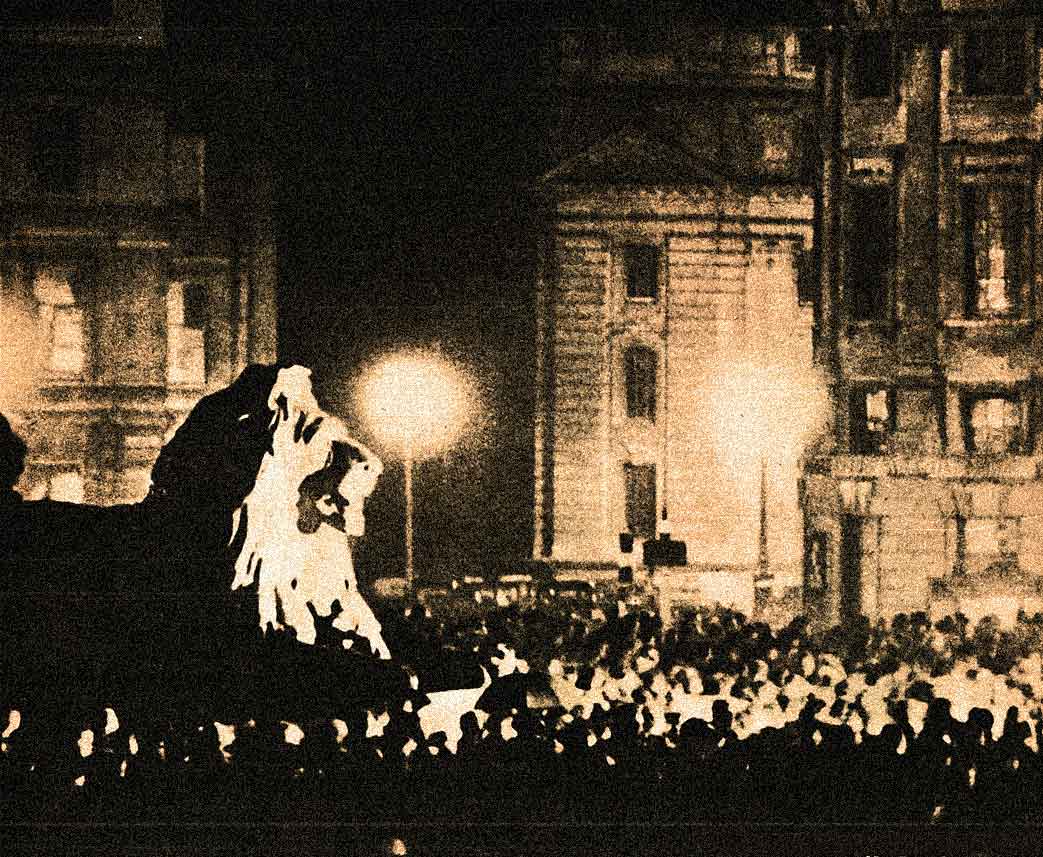 Election Night in London - The eyes of the world were watching and waiting.

Election Night in London, 1950 – The eyes of the world were watching and waiting.

Busy day in World affairs and a busy day in domestic ones. While the eyes of the world were focused on Britain this February 23rd in 1950, waiting for election results, the eyes of American were focused on the Coal Strike where ten states were called on to invoke emergency conservation measures. According to President Truman, the Coal Strike was still in the hands of the Court and he wasn’t prepared to comment on it. However, the rumor mill was running into overtime with hints that Coal Miners Union President John L. Lewis was nearing an agreement of the money terms on a new contract. However, mediators said there had been absolutely no progress and Mine Workers attorneys were facing contempt charges from the Court. As a result of the strike, unemployment in coal-related industries was heading toward the 75,000 mark.

On Capitol Hill; the House passed, what President Truman described as a “toothless Fair Employment practices” bill and a bitter defeat for the Truman Administration. The house put through a substitute Fair Employment Practices Bill, stripped of the legal barriers against racial discrimination the President demanded. The vote was 240-177. The bill fell so short of what President Truman wanted, that many of the original supporters of the bill declined to vote on it. The fault lie with the Dixiecrats, who opposed it solidly and were largely responsible for knocking all the anti-discrimination wording out of the bill.

The President also rejected calls from the Senate to provide the Confidentiality Files on State Department employees. Mr. Truman made it clear that Senator McCarthy‘s charges of a Red Spy Ring in the State Department were completely without foundation.

Meanwhile, in the rest of the world. Tensions were heating up between India and Pakistan with the massacre of some 1,000 Hindus by Muslims in Pakistan, prompting Indian Prime Minister Nehru to warn Pakistan that, unless it was willing to accept India’s proposals of a truce, they may have to adopt other methods. No elaboration on what those “other methods” were.

But the big news was coming from Britain this day. At airtime it was reported the Conservatives had won 14 seats in Parliament and the Labourites had won 23. But it was too soon to call anything, as results were coming in on 264 races this particular evening, but another 354 were to be reported by the following evening. So the preliminary results proved absolutely nothing. Voting was described as heavy. The only thing that seemed different for this election in Britain was the amount of Class Consciousness during the run up to this election than there was in 1945. But in 1945 the electorate were more united and determined than five years later. There was, after all, a war going on.

Now there was no war for Britain to face, but a more uncertain future as neither party was willing to be specific about what they were promising. The biggest fear was that neither party would receive a majority and that would put the government in constant jeopardy, with speculation the government wouldn’t last even 18 months without another call for elections.

And that’s a small slice of what was going on this February 23rd in 1950 as reported by Larry Leseur, with Edward R. Murrow reporting from London.