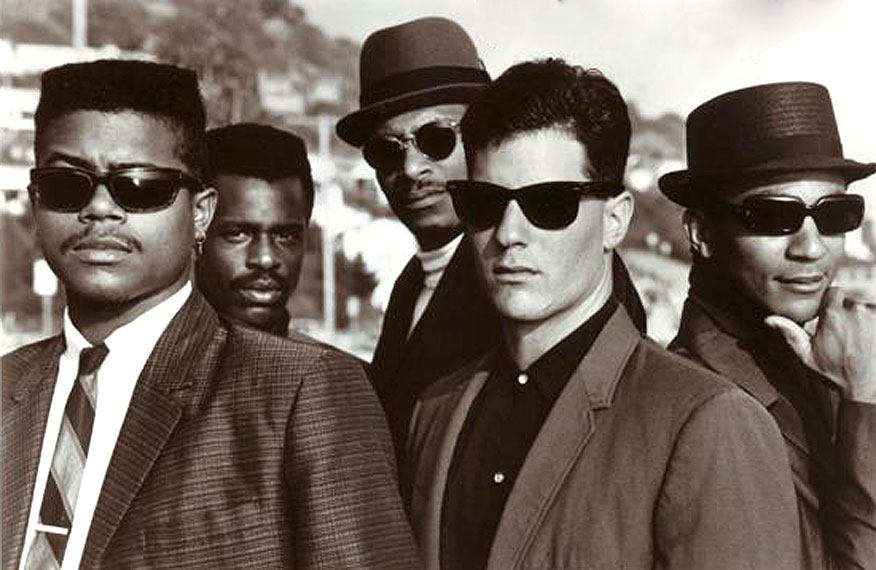 The Untouchables - America's first Ska Band and L.A.'s very own.

The Untouchables – In Concert At Glastonbury 1985 – Past Daily Soundbooth

The Untouchables – America’s first Ska Band and L.A.’s very own.

A band very much around, but in the 1980s they were billed as America’s First Ska band. The Untouchables were from Los Angeles and had come along just at the time the Ska crazy (i.e. The Specials, Selecter, Madness etc. etc.) were hitting the charts in the UK and creating waves over here. But a homegrown scene was new, and The Untouchables, not only having the distinction of being the first of the genre in the States, but also became a highly influential band to many others, particularly in the L.A. area, to follow in their footsteps. One of the best examples is Fishbone, who did a goodly amount of tearing-it-up on their own.

They formed in 1981 as part of the embryonic L.A. mod revival, after being inspired by the ska revival/punk rock band The Boxboys. Since some could not play instruments, they either hastily learned, or became vocalists. The original lineup included: Kevin Long (vocals), Chuck Askerneese (vocals), Terry Ellsworth (rhythm guitar), Clyde Grimes (guitar), Rob Lampron (drums), Herman Askerneese (bass) and Jerry Miller (vocals, timbales).

After a shaky start playing at parties, the integrated septet were eventually booked at the O.N. Klub (known as the On to regulars). The band had guaranteed the club that they would pack the venue, and they did not disappoint. In middle of that year, they released their first (ska-styled) 7″ single, copies of which were snapped up by local mods. Late in 1982, the band began a stint as the house band at the Roxy Theatre. Terry Ellsworth left the band in the summer of 1983, at the height of the California mod revival. Josh Harris was added on keyboards, Timothy Moynahan on trombone and Will Donato (who became a successful smooth jazz artist) started on sax.

Tonight it’s a concert from the 1985 Glastonbury Festival, where The Untouchables are given a wild welcome by the audience and proceed to give the rainy festival a taste of warm California Soul n’ Ska.

Only one original member is still in the group, but they’re still gigging and recording, still America’s first Ska Band.

Thought you might enjoy this little trip back in time, thanks to the ever-present BBC6 Music