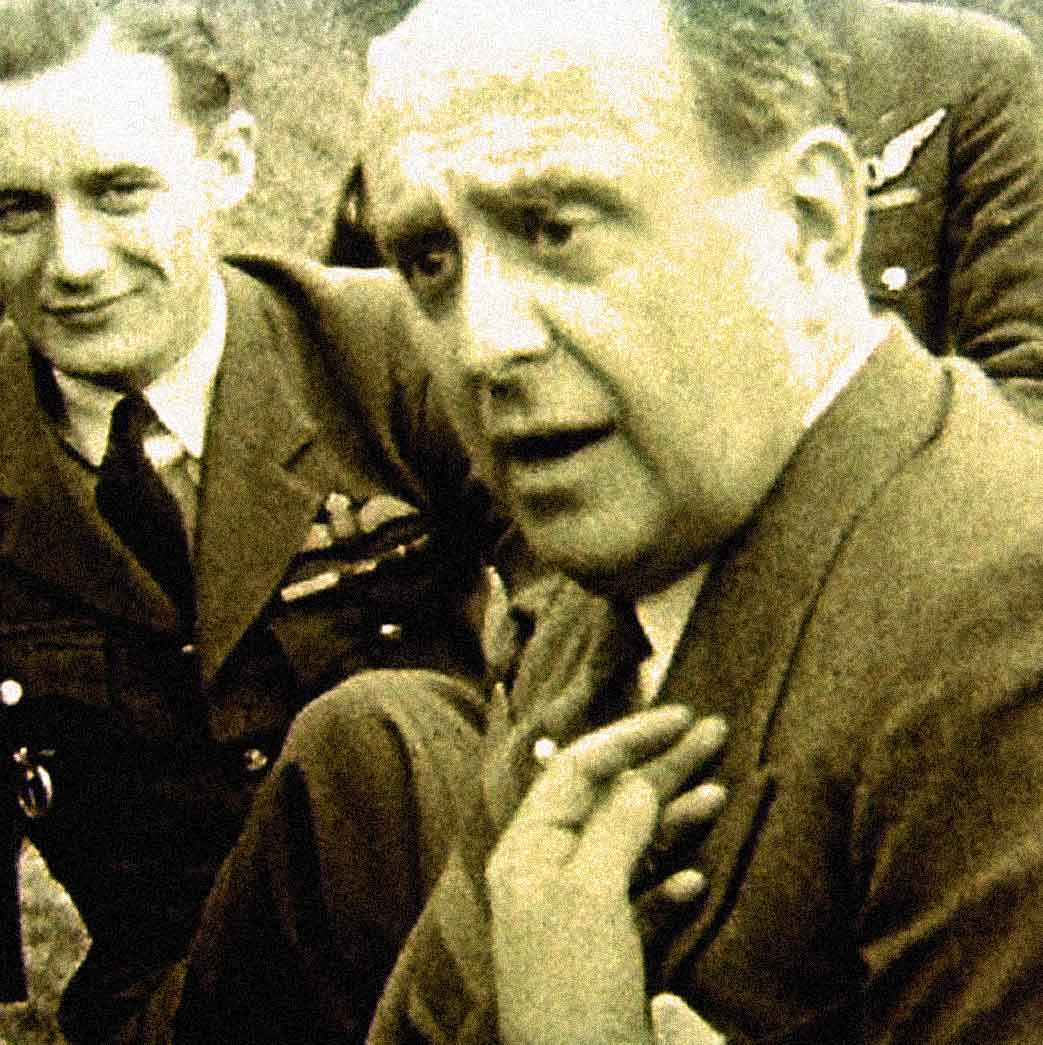 Jan Masaryk - news of his death was greeted by an all-knowing nod.

Jan Masaryk – news of his death was greeted by an all-knowing nod.

News for this March 10th in 1948 had much to do with a flood of reports from Prague saying that non-Communist Foreign Minister Jan Masaryk had been found dead from an apparent suicide hours earlier. But even while reports were coming in, speculation was rife that it was no suicide, but rather Masaryk was pushed from the second story window of the Foreign Office in Prague.

Masaryk, son of the founder of the Czech Republic Tomás Masaryk, had been Foreign Minister from 1940, when the Czech government was in exile in London before returning to Prague after the war, until his death. He was rumored to have been given a choice by the Communist-backed government to either get out of politics or join the Social Democrats, the party most closely aligned with Moscow. At the time of this newscast reports and details were sketchy, and more speculative than factual. Official reports said Masaryk had been despondent in recent days and a public appearance only a week before showed Masaryk to be withdrawn and distracted. But sources in London said Masaryk was the victim of murder as it was a popular device used to Moscow to get rid of potential trouble makers. Still, no decisive word as of this broadcast.

In other news – Britain was in the midst of its worst economic downturn in recent memory. And later on in the day, Sir Stafford Cripps was scheduled to make an address via the BBC on the state of the worsening situation and that, without Marshall Plan aid, England will be faced with mass unemployment and hunger.

Meanwhile, back in the States – it was Primary season and all eyes were focused on the results from New Hampshire. Thomas E. Dewey scored a decisive victory over Harold Stassen by a 6-2 margin to become early-frontrunner in the Republican camp for Presidential candidate. Likewise, Dewey-supported candidates for other offices racked up early victories in what became a sweep for Dewey in this first Presidential primary. Not waiting for any dust to settle, all the candidates headed to Wisconsin for the next batch of Primaries in what was going to be a lively 1948 Presidential campaign. Included in the Wisconsin primary was to be the newly declared candidacy of General Douglas MacArthur running against Dewey on the Republican ticket.

On Capitol Hill – work was started on writing a bill for the Marshall Plan with the idea of getting it through Congress by April 10th. The reason was the potential psychological boost to Anti-Communist candidates in the Italian elections, scheduled to take place on April 18th.

And the battle was raging over Butter versus Margarine and the movement afoot to eliminate the 10 cent a pound tax on colored Margarine. The yellow coloring was a very big issue in 1948 as it had to do with telling the difference between Butter (which was naturally yellow) to Margarine (which was naturally white) – and eliminating confusion to the consumer. But it was more an issue of a battle between the Dairy industry and the Soybean and cottonseed farmers, and was yellow the exclusive property of the Dairy farmers?

All that, and a lot more for this March 10th in 1948, as presented by NBC Radio’s News Of The World.