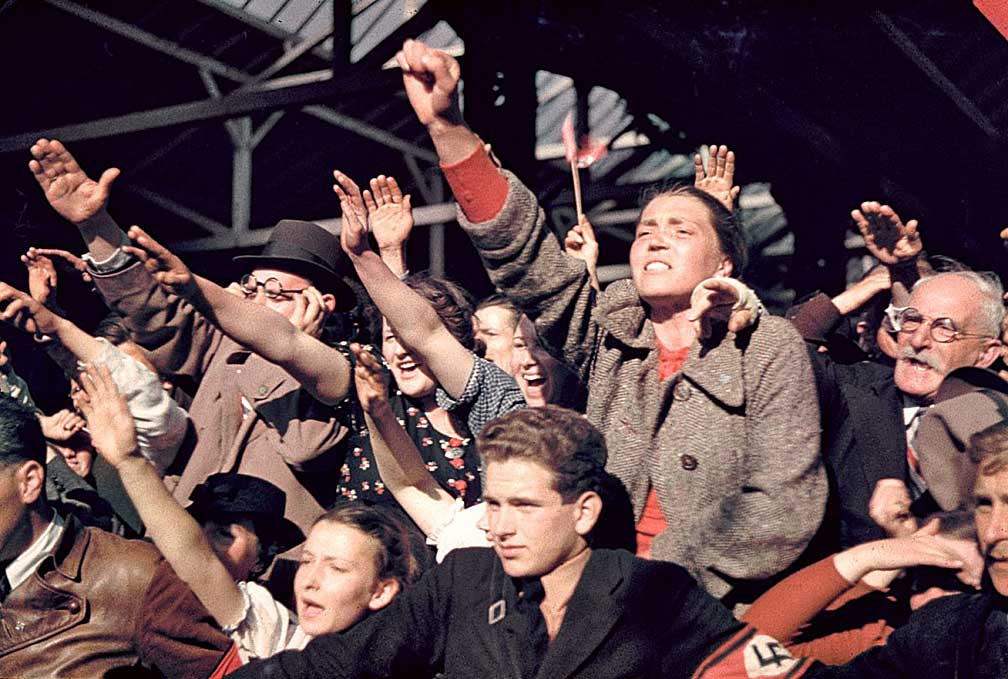 Anschluss - Amid the hysteria, doubts.

As the news regarding the annexation of Austria by Germany continued to unfold, doubts began to arise as to what the eventual outcome this trend towards reunification would be. Amid assurances that this was closure for a situation which began in 1866 and was interrupted by World War 1, the bringing back together of Austria and Germany under one roof was, by all smiling accounts, the last move of its kind by Germany, as truckloads of German troops crossed the Austrian border, and while neighboring countries sealed their borders.

Hitler told his generals to prepare for the invasion of Austria. He ordered Schuschnigg to call off the referendum. Knowing he would receive no help from Italy, and that France and Britain would not interfere in Hitler’s plans, Schuschnigg conceded. He called off the referendum and resigned. The Nazi Austrian Interior Minister, Seyss-Inquart, was ordered by Hitler to ask for German help in restoring order in Austria. Hitler reassured Czechoslovakia that they had nothing to fear.

But there were lingering issues with other elements of the Axis which gave indication all wasn’t over yet. Despite protests from France and England, neither country was prepared to go to war over Austria, but this new turn of events didn’t make France or Britain happy, as it indicated that, bit by bit, the treaty signed ending World War 1 was rapidly being dismantled.

So to report on the goings on, this first official day of German-Austrian reunification, Radio Prague gave an assessment of the situation, followed by Mutual’s John Steele, reporting from London, on the reaction to this continuing story.

Here are those reports – first one is Radio Prague, followed by John Steele via shortwave on March 12, 1938.