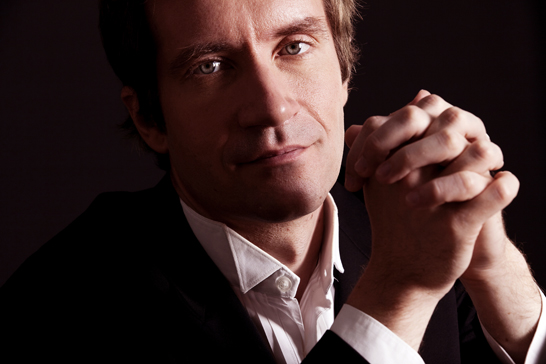 Over to Moscow this week for a concert by The National Philharmonic of Russia, conducted by Vladimir Spivakov and featuring Nikolai Lugansky, Piano.

The concert was recorded on October 6th of this year by Orpheus Radio.

It’s all on one player and the announcements are in Russian.

A great concert with Lugansky doing a wonderful job with the Beethoven.

During the 1980s and early 1990s, Lugansky won prizes at numerous piano competitions, most notably the Silver Medal at the Tchaikovsky International Piano Competition in 1994 (no first prize was awarded). At the same time he began to make recordings on the Melodiya (USSR) and Vanguard Classics (Netherlands) labels. His performance at the Winners’ Gala Concert of the 10th International Tchaikovsky Competition was recorded and released on the Pioneer Classics label, on both CD and video laser disc formats. This was followed by more recordings for Japanese labels. He went on to make recordings for Warner Classics, Erato Records, PENTATONE, Onyx Classics, Deutsche Grammophon, and Naïve Records. In 2018, Lugansky signed an exclusive recording contract with Harmonia Mundi.

In addition to performing and recording, Lugansky teaches at the Moscow Conservatory.

Classic Anti-Road Rage Wednesday, if you ask me.