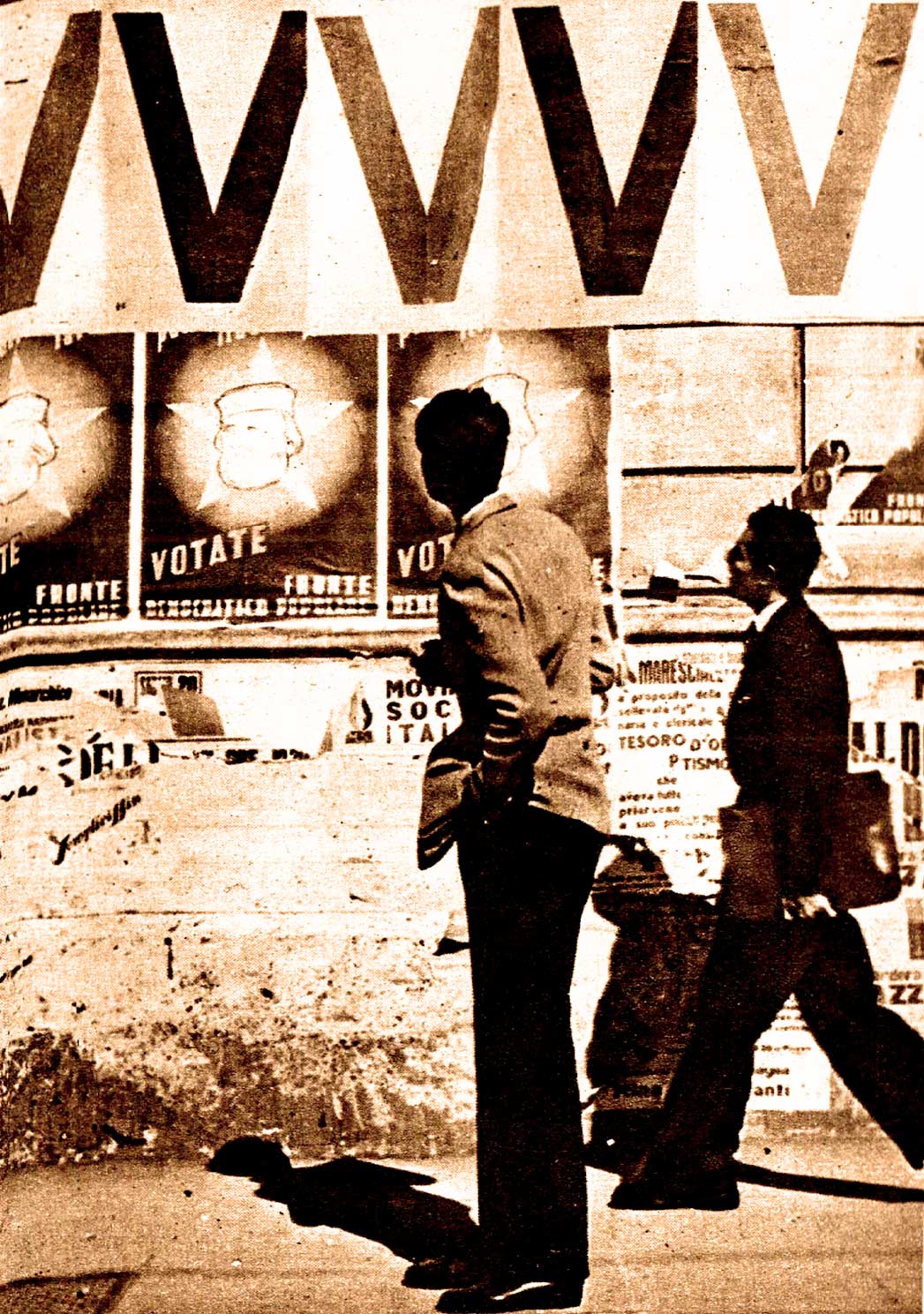 Amid violence and fears of a Communist swwep, Italy was getting ready to go to the polls.

Amid violence and fears of a Communist sweep, Italy was getting ready to go to the polls.

Starting with news on the upcoming elections in Italy, which were awash in violence and fears of a Communist sweep. Riots claimed 6 persons in the last two days and it was enough to call together the parties and factions to declare a truce until after the elections on April 18. Cause for riots was wide and varied, but all of it political. Worst rioting was in a village near Milan, where sources claimed a Communist raid on a Rightist meeting left two persons dead. The incident sparked demonstrations and protests all over Italy – and the upcoming funeral of the two who were killed promised to bring much more violence.

Meanwhile, news from the White House over the new “get-tough” policy by President Truman towards the Soviet Union was raising eyebrows. Seems reports of those few members of the Politburo who were keen on meeting the U.S. halfway were being held virtual prisoner in the Kremlin and that the hawkish wing of the Politburo wanted to maintain its icy relationships with the West. The increasingly isolated position of the Soviets were making peace overtures difficult at best, which was having, the White House felt, a detrimental effect on relations with the rest of the world. The Iron Curtain was doing its level-best to cut Russia off from the rest of the world. However, the question of Press Freedom was coming up for scrutiny as it was revealed the State Department refused to grant a passport to a journalist who wanted to attend the United Nations Conference on Freedom Of The Press in Geneva. Seems the U.S. delegation had been battling the Soviets over freedom of the Press for days, doing lots of finger wagging and pointing. And then it was revealed the journalist, A.B. McGill of the Communist Daily Worker had been denied a passport to the conference by the State Department. When the American delegation heard about the move, they issued a letter of complaint to the State Department and called Washington to let them know their position had been seriously compromised and an embarrassment, since Press Freedom was the subject the U.S. delegation was so eager to encourage.

Meanwhile, at Lake Success – Soviet Ambassador to the UN Andrei Gromyko blasted the U.S. for sacrificing Palestine for the oil of the Middle East. This, hot on the heels of a reported announcement via the New York Daily Mirror that President Truman was lifting the arms embargo against Palestine the following day.

And that’s a little of what went on this March 30th in 1948 as presented by Alka-Seltzer‘s News Of The World.