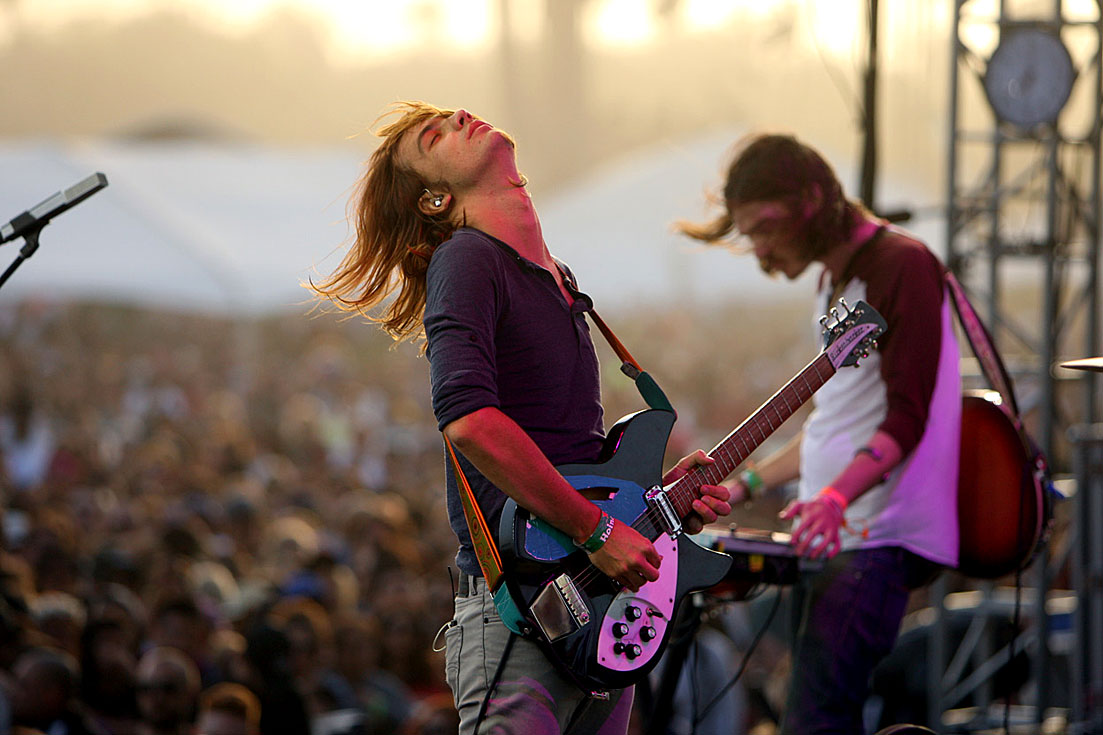 For Tame Impala, Been one helluva Festival season.

Been one helluva Festival season.

Hat in hand, heart on sleeve: Become a Patron!

One of the real upsides to the 2015 festival season had been just how many radio outlets around the world are actively streaming, direct from the stage or offering on-demand rebroadcasts for those who don’t live in appropriate time zones. As a fan of live music, particularly new bands starting out with their first series of festivals, it’s an incredible education; you almost get to hear a band grow up and hone their skills before your very ears.

For a band you heard for the first time a few years back, it’s always incredible to hear how things have progressed and changed in the ensuing years. You also get a first-hand opportunity to hear what it’s like for a band to be doing it over and over and over; festival after festival, and maintaining the same energy level throughout it all. Further evidence that playing music is just as hard a job as anything you do with both hands and a lot of sweat.

I think it’s safe to say the Festival season for 2015 has been something of an embarrassment of riches – and even though its not quite the same as physically being there, the idea of skipping around the world from festival to festival makes the whole thing a truly remarkable experience.

And believe me, the broadcasting outlets handling the herculean task of keeping this all together are quite astonishing. It has made me a fan of the BBCs, RNEs, RAIs, RFIs, Sveriges Radios, Radio Bremens and VPROs of the world for the vision of seeing just what is possible via social media and taking maximum advantage of what’s out there in technology to bring all this to my Android.

That said – it’s no secret I have been a huge fan of Tame Impala ever since they (he) issued their (his) first ep several years ago. Kevin Parker has taken his vision and it’s been embraced by millions, and it’s been crafted, perfected, and worked on consistently ever since 2007 when I first heard Tame Impala’s first EP on My Space.

So here we are, and it’s 2015 and it’s Portugal and it’s August 20. Thanks to the Portuguese radio outlet Vodafone-FM, we get a chance to hear what Kevin Parker and company have been up to during this festival season After this concert it was off to Rock en Seine in Paris – hopefully I will find that lurking around soon. Sometimes it’s hard to keep up.

Enjoy this one – and do what you can to support these bands. You know their live stuff is different (in some cases a LOT different) from the studio stuff – so, if you enjoy what you hear and want to experience the full intention of the vision, by all means, head over to each band’s site (in this case, Tame Impala’s) and grab up what you can – albums, t-shirts, coffee mugs . . .anything to lend support.

Things are changing and evolving – we just have to be sure nobody is left behind.

Welcome to the week.