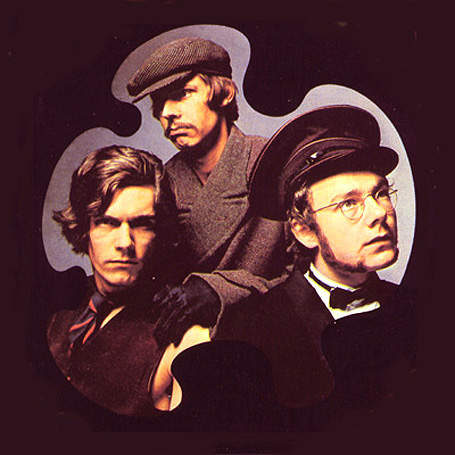 Little did they know, a year later they'd be on to something big.

The Cheerful Insanity Of Giles, Giles & Fripp – 1968 – Nights At The Roundtable

Little did they know, a year later they’d be on to something big.

On last night’s Roundtable I played a track from a 1969 session King Crimson did for the BBC. Almost exactly a year before that session, an album was released by a band known as Giles, Giles and Fripp. According to founding member Robert Fripp, the album was rumored to have sold 500 copies and went down to a terrible lack of audience. Demoralizing to the band, for sure. But out of that disastrous experience came the beginnings of what would become King Crimson and their landmark first album In The Court Of The Crimson King.

But as a reminder of humble beginnings, or glimpses of things to come just around the corner, here are two cuts from that earlier incarnation and the album The Cheerful Insanity Of Giles, Giles And Fripp.

The first cut is from the second, or Simply George side of the album, How Do They Know, quickly followed by an unreleased track which finally surfaced during a recent reissue of that album, She Is Loaded.

Little did anyone know at the time what was just around the corner – but you get some inkling something was afoot, listening to these tracks.

And now you know, if you didn’t already.