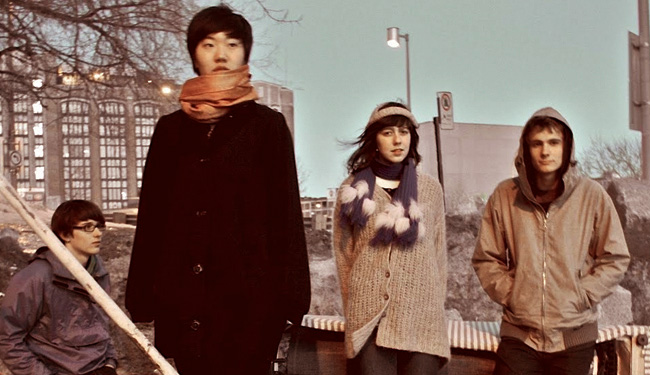 Braids – Live In Berlin – Nights At The Roundtable: Mini-Concert Edition

Shoegaze from Canada tonight, live in Berlin at the “Introducing . . . .” showcase at Lido, recorded June 28th of this year. Braids is originally from Calgary but have re-settled in Montreal. With their second album slated to come out in August, Braids have gotten much good word of mouth in the Canadian Press, and their first album Native Speaker was shortlisted for the prestigious Polaris Music Prize in Canada in 2011.

Fronted by Raphaelle Standell-Preston, the band originally got started in high-school in Calgary around 2006, and put out their first ep a little while later. After relocating to Montreal they began work on Native Speaker, finally finishing it in late 2010.

After much gigging and work, their sites are set for broader horizons, having completed their very first U.S. tour and topping it off by appearing at SXSW.

The show in Berlin marks their very first foray on to European shores.

They like them in Berlin – so much so, they’re coming back in the Fall. They are also slated to come to Los Angeles in October.