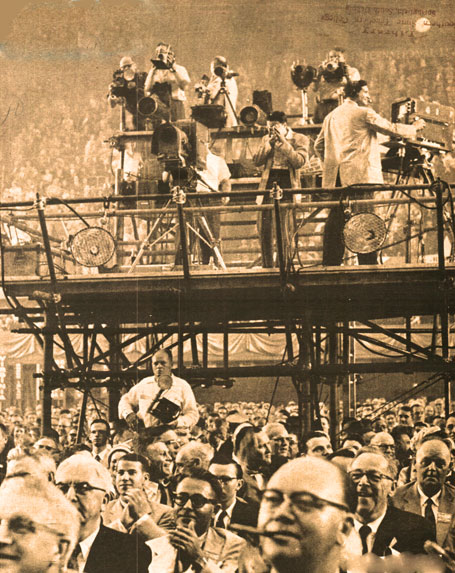 1960 Democratic Convention , Los Angeles - before it became history, it was a horserace.

1960 Democratic Convention , Los Angeles – before it became history, it was a horserace.

I keep forgetting that, prior to the past few Presidential elections, nominating conventions were still something of a horse race and that the air at these gatherings was, not only thick with smoke, but also thick with drama.

Case in point – the 1960 Democratic Convention, and this preview of what was expected to go on.

Certainly a far cry from how it is now. Sen. John F. Kennedy wasn’t absolutely assured of his nomination – there was the Stevenson contingent and newly-declared candidate Lyndon Johnson to contend with.

Here is Democratic Convention 1960: A Preview, as presented by NBC Radio.