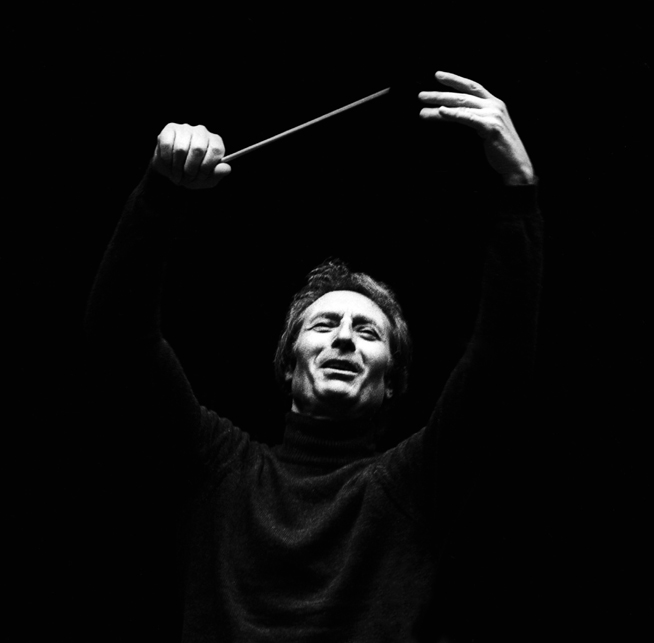 One of the Grand Figures on the Podium in Los Angeles of the 1980s.

One of the Grand Figures on the Podium in Los Angeles of the 1980s.

Only two works featured on this concert – The Schumann piano concerto (on the first part and on the top player), and the Bruckner Symphony Number 9 (on the second part and on the bottom player).

It was recorded by Radio station KUSC and distributed by NPR (back in the days when NPR was doing those sorts of broadcasts) on March 8, 1980.

The Guilini tenure with the orchestra was a memorable one and was thoroughly enjoyed by the orchestra as well as the audience. Primarily a meat-and-potatoes conductor whose repertoire was heavily steeped in the classics, he brought a level of intensified playing that took an already world-class orchestra up a few notches.

And here’s a reminder of what it was like when Carlo Maria Giulini was wandering the halls of the Dorothy Chandler Pavilion.