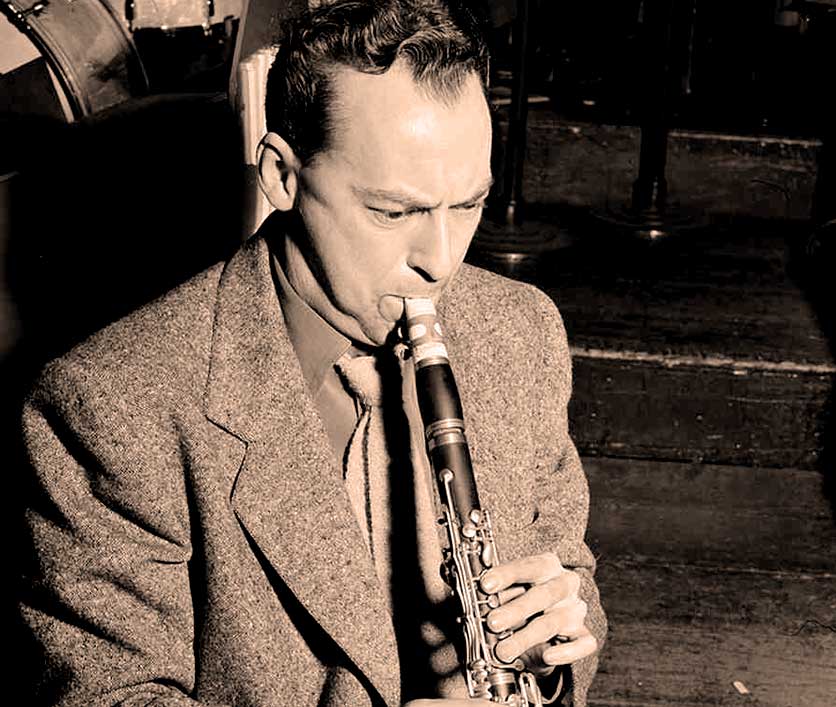 Some 1950s big band this weekend. Woody Herman and his New Third Herd, live from Peony Park in Omaha. Recorded on September 24, 1954 by NBC Radio as part of a weekend-long I Hear America Swinging special.

While the Big Band genre was on its way out, and dwindling to a handful, there were still some leaders who were making inroads and changing things up. Woody Herman was one of those band leaders, and he managed to flourish all the way through to the 1960s with a streamlined, progressive sound that stayed away from the Sweet dance music that spelled doom for many bands during the day. Woody Herman was one of those bands whose music begged to be listened to,  not danced at.

And here’s a half-hour set, recorded live at one of the Midwest’s legendary locations.

If you aren’t familiar, check it out.