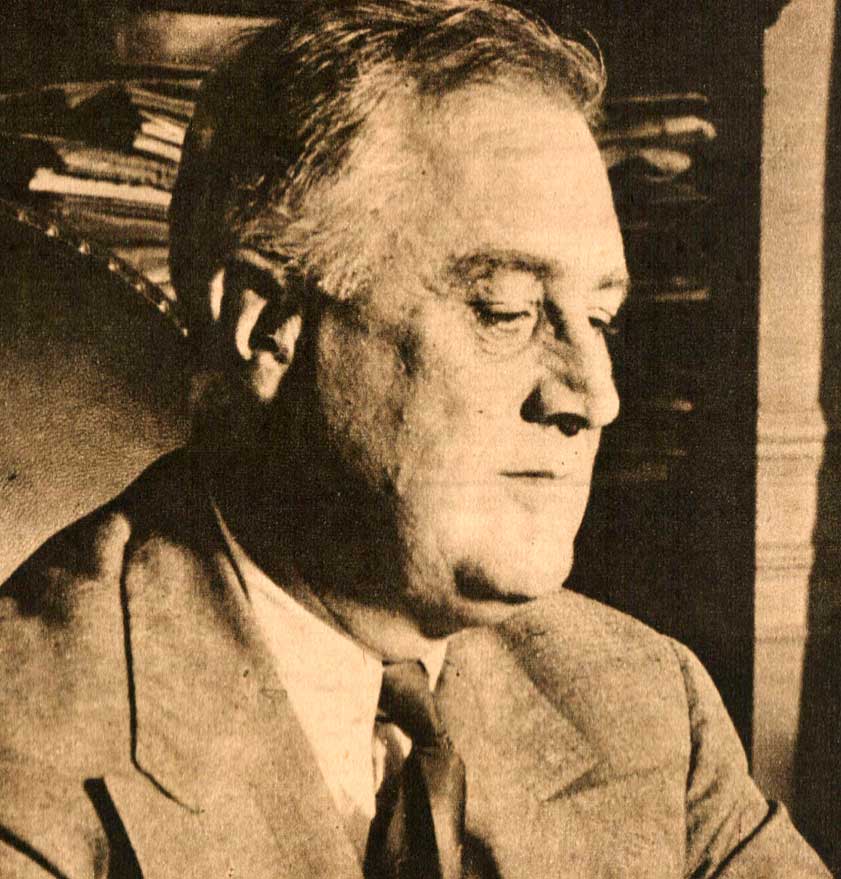 A Word From FDR On Washington’s Birthday – February 22, 1943 – Past Daily Reference Room

There was a time, not all that long ago, when the birthday’s of President’s Lincoln and Washington were celebrated on their actual birth dates. But times have changed and both are now lumped into one Presidents Day.

And in celebrating Washington’s birthday, on February 22 in 1943, that fact wasn’t lost on President Roosevelt.

The Americans of Washington’s day faced defeat on many occasions. We faced, and still face, reverses and misfortunes.

In 1777, the victory over General Burgoyne‘s army at Saratoga led thousands of Americans to throw their hats in the air, proclaiming that the war was practically won and that they should go back to their peacetime occupations—and, shall I say, their peacetime “normalcies.”

Today, the great successes on the Russian front have led thousands of Americans to throw their hats in the air and proclaim that victory is just around the corner.

Others among us still believe in the age of miracles. They forget that there is no Joshua in our midst. We cannot count on great walls crumbling and falling down when the trumpets blow and the people shout.

It is not enough that we have faith and that we have hope. Washington himself was the exemplification of the other great need.

Would that all of us could live our lives and direct our thoughts and control our tongues as did the Father of our Country in seeking day by day to follow those great verses:

“Charity suffereth long, and is kind; charity envieth not; charity vaunteth not itself, is not puffed up,

“Doth not behave itself unseemly, seeketh not her own, is not easily provoked, thinketh no evil:

“Rejoiceth not in iniquity but rejoiceth in the truth.”

I think that most of us Americans seek to live up to those precepts. But there are some among us who have forgotten them. There are Americans whose words and writings are trumpeted by our enemies to persuade the disintegrating people of Germany and Italy and their captives that America is disunited-that America will be guilty of faithlessness in this war, and will thus enable the Axis powers to control the earth.”

So, as a reminder that times of stress are almost an American institution, here is that address by President Roosevelt on February 22, 1943