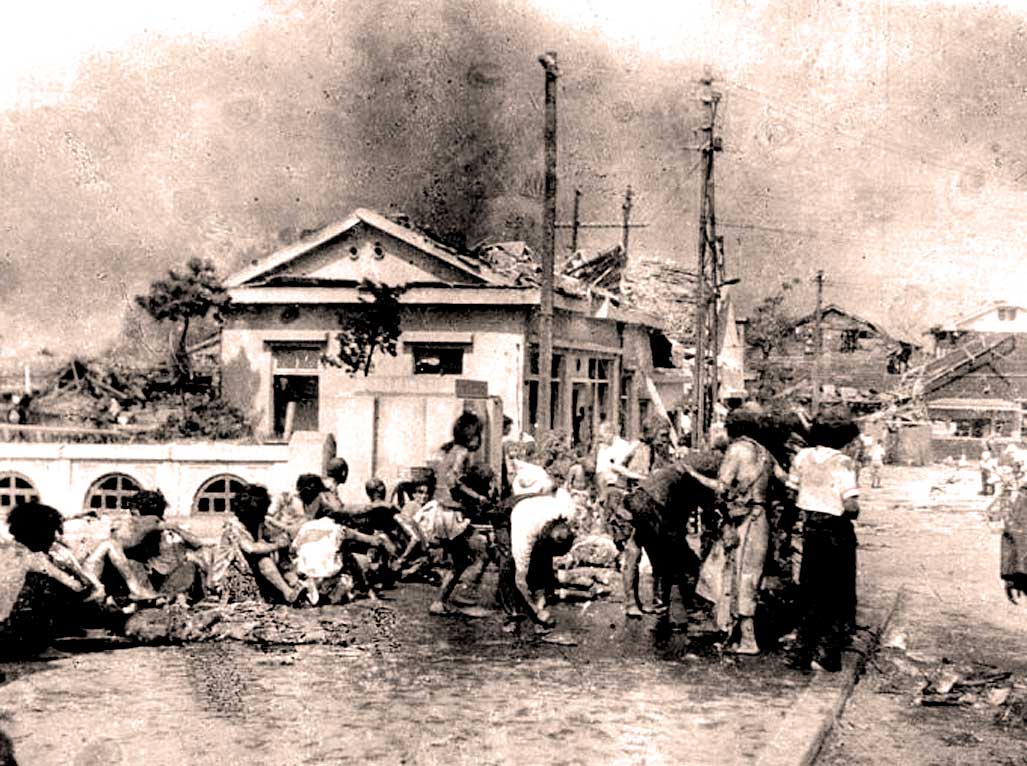 August 6, 1945 – the world changed forever. But you wouldn’t know that if you woke up somewhere in America on this day. If you lived in Los Angeles, or Cleveland or anywhere in the U.S., the news you would be hearing would say nothing of a devastating attack by an Atomic Bomb which had taken place hours earlier – not right away. With strict censorship and a news blackout, and only after it was reported via Tokyo Radio and picked up by every press outlet in the rest of the world, did the news eventually come out that, yes a new and horrific weapon had been introduced into the War.

And even then, details were sketchy and brief. And it wouldn’t be until some 16 hours later that the picture became clearer.

So if you woke up somewhere in the U.S. and turned on the radio for your morning news, you would hear of continued raids over Tokyo, B-29 raids over several Japanese cities and the anticipated Invasion of Japan, according to reports from Gen. MacArthurs headquarters. No word of Hiroshima. China reported the deaths of 50,000 civilians and the sacking of Guilin as Japanese troops continued their withdrawal from China.

In Europe, the treason trial of Marshall Petain went into its third week after dramatic testimony from Pierre Lavalle. A number of prominent witnesses were called and a rigorous defense was being mounted to conclude that, whatever Petain did during the German occupation of France, it wasn’t treason. France closed its border with Spain in anticipation of trouble with the Franco government.

Britain was in the middle of what was hoped would not be a disruptive rail strike. 600 rail workers in the Liverpool area walked out the previous day and were continuing on this day, forcing the cancellation of some 40-50 trains out of Liverpool and stranding passengers and halting goods. The disruption has reverberated throughout England, and with a Bank Holiday coming up, the rail strike seemed like a bad time to be happening. Another Black Market scandal was brewing, this time with tea and canned milk. Originally intended for American forces on the Continent, the shipments had been appearing on the black market around the UK.

And American industrialist Bernard Baruch, in a letter published in the newspaper Daily Worker, said he believed Americans would be able to deal with the Russians on a friendly basis. Believing if everyone was wise, they would find common ground to live in peace, because there was so much in the world for everyone which could be made available if people used but half the wisdom and intelligence with which people are endowed.

That was what August 6th sounded like (for the most part) in 1945, as presented by the CBS Morning News Roundup. followed by President Truman’s official announcement (16 hours later) that the bombing did, in fact occur earlier in the morning.