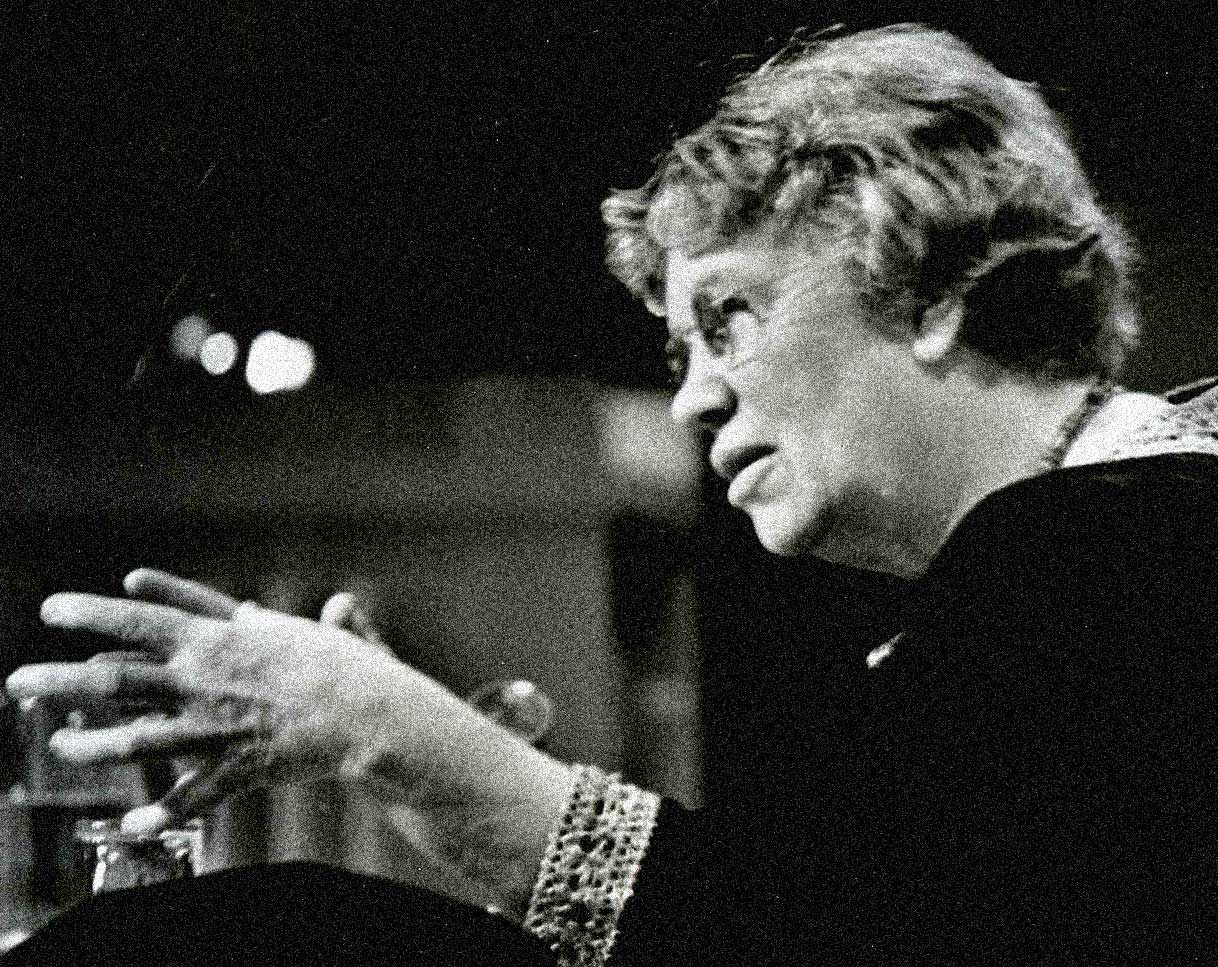 Margaret Mead knew early on we were a species on the fast track to extinction.

Margaret Mead Has A Few Words About People, Earth And Apathy – 1976 – Past Daily Weekend Gallimaufry

Margaret Mead knew early on we were a species on the fast track to extinction.

Had she been around in 2016, Cultural Anthropologist Margaret Mead would no doubt have much to say, and none of it good, about the shape of our planet, our environment and our species.

Margaret Mead was a respected but also controversial figure in the field of cultural Anthropology – her reports dealing with sex and sexuality within traditional communities of the South Pacific helped trigger the sexual revolution of the 1960s in the U.S. and laid the groundwork for a reassessment of our own sexual mores within traditional western religious life.

A bearer of early warnings since the late 1920s, Mead saw the planet as an enduring, yet fragile place – a place where scales could be tipped and we’d face extinction – a place where Man was his own worst enemy. And a place where generations were at odds, particularly the current generation with relation to previous generations.

Compounding all this was the media, telling the generation of the early 1970s they were all apathetic; stood for nothing, were a little like the generation coming of age in the 1950s, had given up drugs and were going back to drinking. The drinking part, Mead felt, was a relief to the older generation, since they knew a thing or two about booze, but very little about drugs. Universities were back in vogue as place for learning, as education was the key to getting a good job – and as of 1976, the job situation was not good. Universities were losing the reputation as hot-beds of radical thinking, and were becoming more conservative – Fraternities and Sororities were back; campus life was staid, compared to how it was only six years earlier. Political interest on College campuses was a thing of the past, it had all been replaced by an aura of study, career-moves and drinking.

It’s a fascinating talk, which in many ways mirrors what our current state of affairs is – not only from a cultural standpoint, but an environmental one.

Like I said, if Margaret Mead were around today, I am sure she would have much to say, accompanied by a lot of shoulder shrugging and head shaking.

Here is that lecture from Illinois State University on April of 1976, as presented by National Public Radio as part of their Options series.

And if you are listening and finding a lot to relate to, just remember where this came from and what site you’re listening to this on – Past Daily is here because we love history and turning you on to things you may not be familiar with. We’re having our Spring Fundraiser and we desperately need your help – we’re asking you to chip in what you can, to make a donation because it’s tax deductible and because it helps keep us up and running and continuing the on-going process of preserving, restoring and making available to you, thousands of hours of informative lectures like this one – or long-lost interviews or concerts or newscasts from a particular day in history – it’s all on Past Daily and it’s posted every day. We need your help so we can keep doing it – we can’t do it without you. We’ll be over pitching soon and it all goes back to normal, but we still need your support.

So please – click on the link in the box below, or click on the Fractured Atlas logo to the right of this page and make your pledge this weekend to be part of history and to help preserve it for others to benefit from.