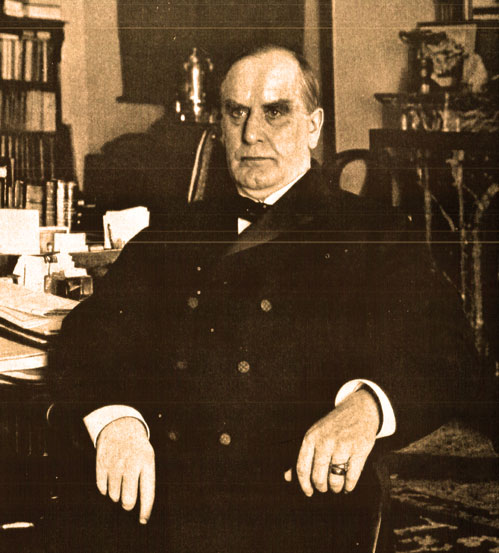 President William McKinley - To many, he represented the last vestige of "The Good Years".

President William McKinley – To many, he represented the last vestige of “The Good Years”.

If you were hoping for on-the-scene coverage of the assassination of President William McKinley with eye-witness reports and team coverage – I’m afraid you’re out of luck. Radio was only an experiment, and news was relegated to print and was slow to travel in 1901. Most people weren’t aware he had even been shot, after delivering an address at the reception for the 1901 Pan-American Exposition in Buffalo New York on September 6th. The assassin, a 28 year-old anarchist by the name of Leon Czolgosz was quickly apprehended and confessed to the crime shortly afterward. The news of McKinley’s death

McKinley lapsed into a coma and never regained consciousness and died on the morning of September 14th. Vice-President Theodore Roosevelt was sworn in as the 26th President.

This recording, long thought to be the actual voice of McKinley, was the speech he delivered shortly before the shooting. It was later discovered the recording was a re-creation by distinguished actor Len Spencer, and the disc (and cylinder) was offered as a memorial to the slain President.

President McKinley has been regarded by some as the last vestige of “The Good Years”. When Teddy Roosevelt took office, it signaled sweeping changes that were to take place in the U.S. from the birth of the modern Labor Movement to child labor laws, food inspection and even talk of affordable Universal Health Care. Changes that are still being fought about today.