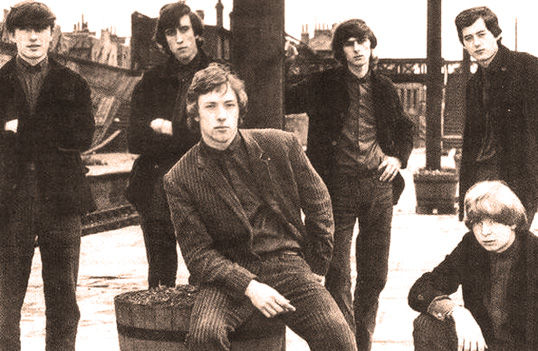 The Mickey Finn - had it not been for the involvement of a very young Jimmy Page, they may have languished in obscurity for a long time.

The Mickey Finn – had it not been for the involvement of a very young Jimmy Page (Top right), they might have languished in obscurity for a long time.

Click on the link here for Audio Player: The mickey finn – garden of my mind

Had it not been for the inclusion of a very young Jimmy Page (who left, incidentally before tonight’s single came out), The Mickey Finn may have languished in obscurity for a very long time.

Not to be confused with Mickey Finn (of T. Rex fame), The Mickey Finn didn’t really achieve a lot of success during their tenure. Having released a string of singles to luke-warm reaction and virtually unknown outside of their native UK, The Mickey Finn were one of the staples of the Freakbeat Movement (as it was later to be known).

Tonight it’s a single released in 1967. Rumored to have Jimmy Page putting in a final appearance before exiting for The Yardbirds, Garden Of My Mind is pure Psychedelia, and it’s baffling why it wasn’t more popular at the time of its release.

But then, you could go crazy trying to figure out why some songs make it and some don’t.

So in case you missed them, or heard about them but never actually heard them – here’s a taste.