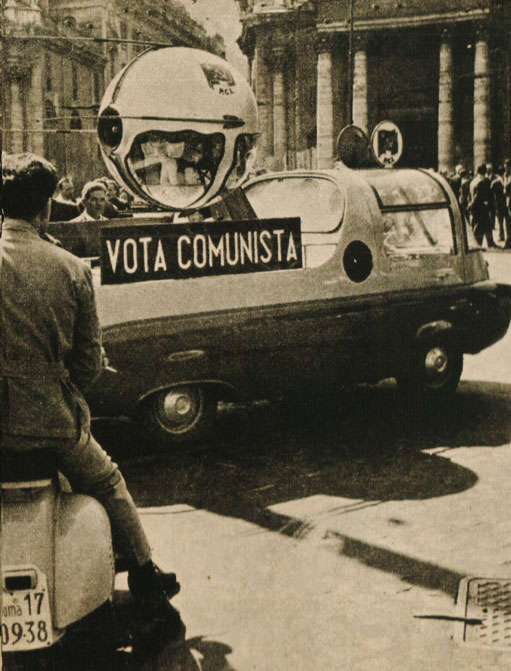 Years Of Crisis – 1958 – Past Daily Reference Room: Through A Glass Darkly Edition

Click on the link here for Audio Player: Years of Crisis – 1958

In 1958 we were knee-deep in the Cold War with grumblings from Europe about a Common Market, or European Union. But on this edition of the year-end Reporters Roundup from CBS Radio; Years Of Crisis, the emphasis was on “is the world better off now than it was ten years ago?” – since the program began in 1948, during another chaotic year. The answer wasn’t entirely clear, as the world was continuing its upheaval as the result of the end of World War 2. There were independence movements going on all over the world. The old Colonial powers were weakening and losing their grip and new nations were emerging. The Middle East was a hot-spot and Arab unity was a matter of concern. And so was Soviet influence in every region from France and Italy to the continent of Africa in general.

So on this edition of Years of Crisis, a group of reporters, moderated by Edward R. Murrow, discuss and speculate over the coming year, how things evolved or didn’t evolve the previous ten years and how the U.S. fitting was into the scheme of things.

It’s interesting to hear that the problems of the Middle East region have more or less continued, even some 54 years later. The names have changed – there is no more Soviet Union, having been replaced by Radical Islamic factions. But the fears are still there, as is the oil.

It gives irony to the phrase “As much as things change is as much as they remain the same”.

Here is that installment of Years Of Crisis from CBS Radio, first aired at the end of December 1958.